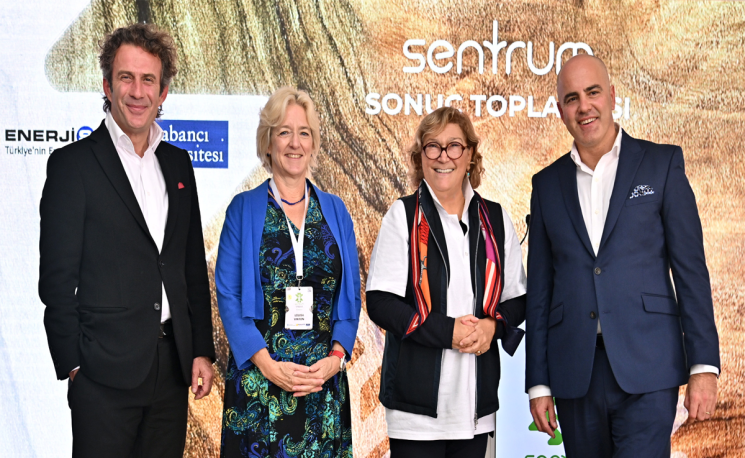 Following 18 months of works and TL 10 million of investment, Küçükköy sets an example in sustainable tourism.

EUROPE - Enerjisa Enerji, United Nations Development Program (UNDP), and Sabancı University announced today the results of 18 months of collaborated works that have the goal to create a green destination model in Küçükköy with energy efficiency, renewable energy and sustainable tourism practices. Energy survey activities were carried out for tourism businesses and energy efficiency as part of SENTRUM project, which is completed by an investment worth TL 10 million. Businesses were provided support with energy-efficient lighting and home appliances; solar energy systems were established in public buildings and the village gained access to a high-speed EV charging infrastructure.

Necmi Komili Primary and Secondary School achieved to be one of the first “Net Zero Energy Building” in Turkey thanks to the energy-efficiency and solar power plant practices as part of the project.

All these efforts provided measurable benefits also in terms of tackling climate change. Energy is saved by preventing the consumption of 15,000 kg of coal per year in the region as part of “Energy of My Business” project of Enerjisa Enerji through energy-efficient technologies and renewable energy applications. Again thanks to the renewable energy systems, ~90,000 kg of carbon emissions were avoided.

Center for Tourism Practices based on Sustainable Energy (SENTRUM) project is a concrete example of how tourism industry can take advantage from renewable energy resources and other sustainable practices at a single destination.

18 months of tourism practices based on sustainable energy and their results were shared in a press conference with the participation of Güler Sabancı, Chairperson at Sabancı Holding and Chair of the Board of Trustees at Sabancı University, Kıvanç Zaimler, President at Sabancı Holding Energy Group and Chairperson of Board of Directors at Enerjisa Enerji, and Louisa Vinton, Resident Representative of the UNDP Turkey.

Speaking at the result press conference of SENTRUM project, Güler Sabancı, Chairperson at Sabancı Holding and Chair of the Board of Trustees at Sabancı University, emphasized that the SENTRUM project, which she also referred to as the “Success Triangle”, was a project created in partnership with Enerjisa Enerji, Sabancı University and UNDP to provide social benefits. Güler Sabancı expressed that SENTRUM project set a role model for tourism and energy sectors as the most important sectors in Turkish economy, and that the success of the project was not only limited to Küçükköy. Sabancı remarked, “With the popularization of SENTRUM model which includes measurable, repeatable and sustainable tourism practices, I believe that this model will be a success story nation- and worldwide. It is also one of the most tangible examples of “Being a Leader in Sustainable Businesses” which is one of the five main strategies of Sabancı Group as much as it serves Sustainable Development Goals.”

Louisa Vinton, Resident Representative of the UNDP Turkey, stated, “Küçükköy is just one of the thousands of picturesque locations in Turkey that make this country a popular tourism destination. However, with the growth of tourism, there comes the risk of increased pressure on the environment and increased energy utilization. Therefore, we, at UNDP, are very satisfied with this collaboration in order to develop a green tourism model that could create economic advantages for the country while protecting the planet that we are bound to live on.”

Kıvanç Zaimler, President at Sabancı Holding Energy Group and Chairperson of Board of Directors at Enerjisa Enerji, remarked, “Our mission at Enerjisa Enerji is to lead Turkey’s energy transformation and assume responsibility for a better future. We aim to create solutions that will enable us to reach sustainable development goals not only by our own resources, but also by engaging other stakeholders in the process. For that very reason, I find the SENTRUM project very valuable and meaningful which we launched last year in collaboration with UNDP and with the valuable contributions of Sabancı University.”

As part of the SENTRUM project, tourism resource values were determined for Küçükköy and its surrounding areas, and road maps were prepared for green procurement, sustainable transportation, production and consumption. Green destination standards in different countries were examined and the ones that may be adapted to Küçükköy were determined. Alternative hiking and cycling routes were established with nature and energy themes.

Furthermore, a “Sentrum Coordination Office” was established in Küçükköy to raise awareness of all stakeholders on energy efficiency and renewable energy resources and to provide information to the community, businesses and visitors.

Based on the experience gained in Küçükköy, the partners of the “success triangle” continue their activities to develop the second phase of the SENTRUM project and apply sustainable energy and tourism practices in other destinations.