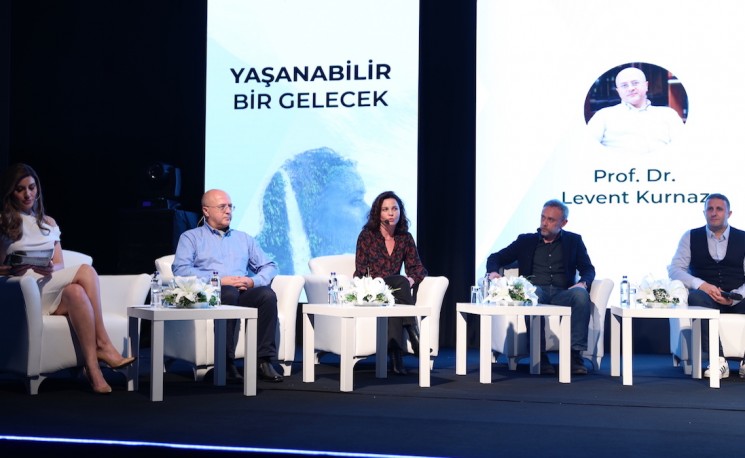 ISTANBUL (TR) - Daikin, the pioneer of the air conditioning sector, aims to reduce greenhouse gas emissions to net zero by 2050. Explaining its activities in this context, Daikin Turkey has published its first ‘Sustainability Report'. Accordingly, Daikin has prevented damage to the ozone layer while increasing efficiency with energy-efficient inverter technology and R-32, a refrigerant with a lower global warming potential, in its products. The company, which provided a cost advantage of 2 million euros with the products it received from Turkey through the indigenization project, reduced transportation costs and fuel consumption and reduced carbon emissions. with the GES project commissioned in July 2020, it obtained the energy of its factory in Hendek from here and reduced its greenhouse gas emissions by 63 percent. Daikin, which strictly follows the water consumption, has taken the necessary measures to save 14,500 cubic meters of water. With various applications, it also saved 70 percent on lighting and 30 percent on natural gas. it recovered 513 tons of waste. The company, which attaches great importance to R & D, has allocated a budget of TL 22 million for this department. dec.

According to the Regulation on Fluorinated Greenhouse Gases prepared by the Ministry of Environment and Urbanization and determining the management of F-Gases, all Daikin service personnel received an F-Gas Certificate. the company, which will plant 1 million trees by 2050, will establish Daikin forests. Hasan Önder, CEO of Daikin Turkey, said, "We have set a target of net zero carbon emissions by 2050. we aim to capture 50 percent of this by 2030. We hope that other companies will take this goal as an example." said.

While Turkey is taking steps to implement the Paris Climate Agreement, companies are focusing on their pioneering practices in this regard. Daikin Turkey, which has developed all its production and management processes on sustainability policies, has published its work in this direction with a report. Announced by the firm-page 122 ‘Sustainability Report, supply chain logistics, R & D center from the environmental vision, operational efficiency, climate change and energy policy, with data from all processes of Human Resources Management from water and waste management is described.

Based on the F25 strategy

The report also shares the sustainability goals of Daikin, which operates in more than 160 countries around the world. aiming to reduce greenhouse gas emissions to net zero in all its activities, products and solutions it sells by 2050, Daikin has created a strategy program called Daikin FUSION 25 (F25). the F25 targets, which include the main strategies of Daikin companies under various themes until the end of 2025, have also been adopted by Daikin Turkey and it has created its strategies in line with the targets in this direction. These strategies are summarized as “becoming an air conditioning brand and becoming a carbon neutral company that leads the solutions of global environmental problems with its products and services”.

We will be an example for companies

Daikin Turkey CEO Hasan Önder said that in recent years, with the rise of global temperatures in parallel with climate change, air conditioning products have become an important part of the infrastructure supporting societies. Stating that Daikin's biggest goal is sustainability, Önder said, “As Daikin, we have collected our fight against climate change in three main topics. We can summarize them as adding value to cities, the world and people. We will turn our global goals into actions in these main topics. As a first step, we have prepared our Daikin Turkey Sustainability Report, which we have published for the first time. In accordance with Daikin's global philosophy, we will implement these studies under these headings within the framework of our next five-year plans." said. Stating that they have set a target of net zero carbon emissions by 2050, Önder said, “We aim to achieve 50 percent of this by 2030., ” he said.

According to the information shared by Daikin Jul in its first sustainability report, Daikin Turkey, which has internalized Daikin Global's sustainability goals, has implemented 36 different parts of the localization project sourced from abroad for 2020, providing a cost advantage of 2 million euros. In this context, the material supply times were reduced from 12 weeks to 4 weeks and the stock levels were reduced from 4 weeks to 1 week. jul. With the reduction of transportation costs and road distance, fuel consumption also fell, which contributed to the reduction of carbon emissions. Also, with the ‘Direct Loading’ project shared in the report, the transfer costs within the group companies were reduced thanks to the delivery of urgent products by truck and non-urgent products by ship.

it has saved 15 thousand 400 cubic meters of water

setting concrete environmental targets over 5-year periods, Daikin Global aims to reduce waste water consumption, carbon dioxide emissions and volatile organic carbon by 15 percent by 2030. In this context, 15 thousand 400 cubic meters of water were saved annually by taking reverse osmosis wastewater into the raw water tank and using it again at Daikin Turkey Trench Production Plant, which received the “Green-Hearted Factory” certificate for the first time in 2015. 450-watt halogen fixtures were replaced with 130-watt LED fixtures, saving 70 percent on lighting. By switching to a dual-stage and time-adjustable operating system for radiant heaters, 30 percent of natural gas savings were achieved. With the roof solar power plant (GES) project built at the production facility, 90 percent of the facility's electricity needs were met from renewable electricity generation. Thus, 6 thousand 500 MWh of electricity was saved annually and about 4 thousand 29 tons of carbon dioxide was reduced.  In the production of air conditioners, R410A gas with a global warming potential (“GWP”) value of 2.088 was switched to R-32 gas, which is one-third of this value (GWP 675). 10 tons of waste per month was prevented by using reusable packaging instead of cardboard packages. Within the scope of the social responsibility project, reusable cloth bags were distributed and the use of plastic and paper bags was prevented.

513 tons of waste were recovered

Working to prevent climate change, greenhouse gas emissions, which is the most important factor that triggered Daikin Turkey, sourced from the consumption of fossil fuels for activities, direct (scope 1) greenhouse gas emissions from purchased electricity energy indirect (Scope 2) emissions with purchased products and services, energy, indirect activities, business services and the products it sells from the use of other indirect (Scope 3) emissions tracking. in 2020, the company launched its solar energy project and closed its radiator production facility, reducing Scope 1 and Scope 2 greenhouse gas emissions by 63 percent. Daikin is helping to reduce carbon emissions from combi products with its “NDJ”, the world's smallest high-efficiency combi boiler, and “Condense”, a semi-condensing combi boiler.

he will create a Daikin forest with 1 million trees

the report, which stated that a project to plant 1 million trees was launched in March 2021, emphasizes that Daikin Forests will be established. In this context, the company established cooperation with the Aegean Forest Foundation for the first stage of the project and realized its first phase goal with the donation of 30 thousand seedlings in the Kinik district of Izmir. Thus, approximately 12,000 tons of carbon dioxide equivalent greenhouse gas emissions were equalized. Daikin Turkey, which also aims to raise awareness by carrying out the project together with all its stakeholders, makes a sapling donation on behalf of them for each individual household product customer.

R&D competence, one of the most important parts of Daikin's 97-year acclimatization experience, is transferred dec Daikin Global Technology and Innovation Center to Daikin's global network. Directly from Daikin Europe N.V.’Daikin Turkey, which depends on the R & D Center for product development and innovation activities at over 700 professionals working in different areas and issues of technology and innovation in Japan is located in the center provides support and information direct from Daikin. The Daikin DEC Yesildirim R & D Center, which internalizes the climate goals set out in the framework of the European Green Memorandum, is conducting studies on the use of hydrogen-doped fuel, which may be a more environmentally friendly solution, rather than natural gas-burning products.

founded in 2011, the R & D Center, Daikin Europe N., which has increased the number of employees by 3.5 times and its budget by 5 dec.V.it is the fastest growing connected R&D center of DEC. Daikin Turkey, which also rose 18 dec dec dec and ranked 111th in the list of ’R&D 250 Companies with the Most R&D Expenditures in Turkey', allocated a budget of TL 17.3 million for R&D center applications during the operating period. for the 2021 fiscal year, an R&D budget of more than TL 22 million has been allocated. dec. Daikin DEC R & D Center, which launched 3 new projects in the 2020 activity period, has successfully completed 3 ongoing projects. Currently, 15 projects are underway at the center, and 25 projects have been completed since the 2016 activity period. Octoberikin Turkey aims to increase its R & D employment to 100 people with an additional investment of 10 million euros by the end of 2025. dec.

The female employee ratio will increase to 45 percent

The report emphasizes that a high importance is attached to equal opportunities, and that women's participation in the workforce is supported by practices that increase women's employment. The report states that in 2019, the proportion of female employees within the Daikin Turkey Head Office was 29 percent, and this number was increased to 33 percent. Within the scope of Daikin Turkey F-25 Human Resources Strategies, it is aimed to increase the blue collar female employee ratio to 50 percent and the total female employee ratio to 45 percent by 2025.

Daikin Turkey has certified the Technical Personnel of Fluorinated Greenhouse Gas Devices by authorized organizations within the scope of the Level 5 National Qualification of the Professional Qualification Institution of service personnel. Training support was provided to service personnel by Daikin Turkey Academy internal trainers, who subjected all their technicians to the F-Gas certification process. All relevant service personnel serving within Daikin Turkey succeeded in the exam they took and were eligible to receive the F-Gaz Certificate. With the certification program, full compliance with the Regulation on Fluorinated Greenhouse Gases in Turkey was achieved, environmental awareness and high quality information were gained on global warming, waste gases, leak control, gas cleaning and similar issues with qualified training provided to technicians.