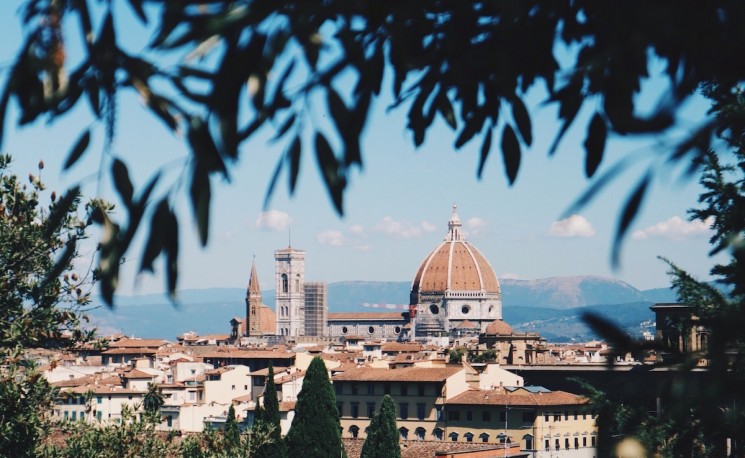 Author Gökhan Kutluer, who completed the 132-kilometer Path of Gods by walking in 5 days, said, "I aim to raise awareness for a sustainable future with the steps I took based on my story of migration to Italy."

ISTANBUL (TR) - Gökhan Kutluer, the author of the book "Leaving from Turkey: A Story of Migration to Italy", in which he describes the process of moving to Italy, walked from Bologna to Florence with as few items as could fit in a backpack. Kutluer completed the 132 kilometer “Path of Gods" (La Via degli Dei) in 5 days. Thanks to this walk, I enriched my own migration story with nature and human stories,” the author says, and aims to create new inspirations for a better future with his walk.

The miracle of nature

Stating that La Via degli Dei, which starts from the city of Bologna in the Emilia-Romagna region of Italy and ends in Florence, the capital of the Renaissance, reflects the miracle of nature with its natural vegetation, rugged climbing routes, paths and wide vineyards, Kutluer expressed his feelings as “It can only be crossed on foot. I deepened my story with the richness of the villages and towns I encountered along this 132-kilometer road. The difficulties, big and small, that I encountered on the road, which has a very climbing track, reminded me of the bad surprises of life that shape our life as a whole and that we have to struggle with. I had the pleasure of progressing without using any means of transportation, being able to cope with negativities, and being able to write new notes on my own story with different human stories.”

“When we follow our own story, we forget the story of nature”

Inviting nature and hiking enthusiasts looking for different routes to the Path of Gods, Kutluer said, “When the altitude approached 1200s, I pondered the future concerns of nature in the shade of the dense trees in the forest and I realized that I needed to make room for a sustainable future in my life story. That's why I'm going to address this issue in my third book. When we follow our own story, we forget the story of nature. With its mountain roads that stretch out, its villages surrounded by vineyards and its insurmountable paths, nature struggles to carry itself into the future, both with and against people. We need to support this struggle with a superhuman strength.”

Followed the footsteps of Goethe

Stating that he had the chance to discover the cultural features of the region along La Via degli Dei, Kutluer said, “In every town and village I passed, I tasted only regional foods and drinks at small tables prepared for walkers like us. It was very enjoyable to listen to the stories of the people of the region. From time to time I recalled the observations made by Goethe in his Travel to Italy book while passing through the Apennines. It was a nice experience to walk through the places he passed in 1786. On a clear day, it is possible to see the mountains that form the border between Tyrol in the north and Switzerland and Italy in the northwest from the peaks of the Apennines. It gave me goosebumps to walk this path created by the Etruscans and developed by Ancient Rome for both military and commercial reasons.” Explaining why this road from Bologna to Florence is called La Via degli Dei, the Way of the Gods, the author says, “It takes us as far as Paganism. The names of the mountains we have to cross while crossing the track bear the names of Pagan gods. Monte Adone, Monte Venere and Monte Luario are a few of them.”

La Via degli Dei, a route that is not yet known in Turkey, welcomes hikers from many countries of the world, especially in spring. There are also accommodation facilities on the track. Stating that he had the opportunity to meet many people during the walk, Kutluer said, “The people I met on the way and in the places I stayed were shocked when they learned that I was Turkish. They said that they saw a Turk for the first time on this road. Due to the pandemic, I did not encounter many tourists. This gave me the opportunity to spend the whole trip with Italians and to observe their culture much more closely.”

Travel notes will be included in the 3rd book

Everyone on the way asks to each other, “Why are you walking this road?" Kutluer said that everyone's answer, of course, was different, but the focus of these answers was to be able to stay a little away from the intensity of life with the beauties offered by nature. “That's what I did, and I took notes for pages, staying with myself a lot throughout the walk. La Via degli Dei notes will find a wide place for itself in my new book,” he concluded.