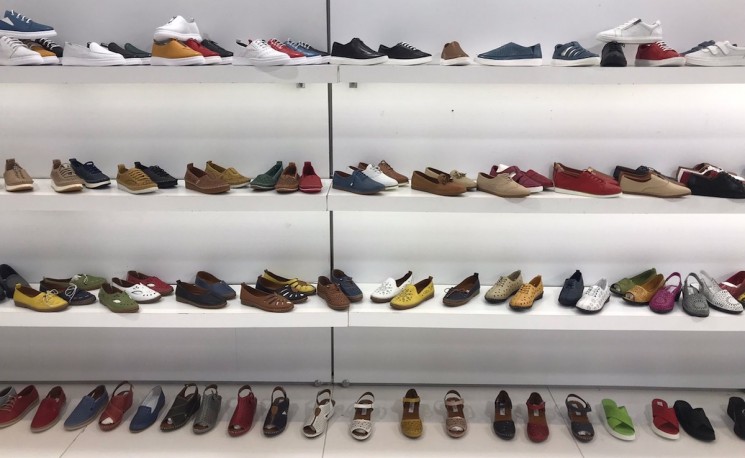 According to the data of the Turkish Statistical Institute (TÜİK), shoe exports increased by 25 percent in the first 7 months of 2021 compared to the same period of the previous year and reached 610 million dollars. Making evaluations on the subject, Hüseyin Yetişen, the founder of Desidero Shoes, noted that they exported to 10 countries in 2 years. Stating that a good manufacturing and export staff should be formed in order to increase shoe exports, Yetişen underlined that companies should participate in trade fairs both in Turkey and abroad.

ISTANBUL (TR) - According to the data published by the Turkish Statistical Institute (TÜİK), shoe exports of 481 million dollars in the first 7 years of 2020 increased by 25 percent in the first 7 months of 2021 and reached 610 million dollars. Hüseyin Yetişen, the founder of the shoe brand Desidero Shoes, made evaluations on the subject at the International Shoe Fashion Fair AYMOD, which he attended. Explaining the factors to be considered in shoe production, the young entrepreneur emphasized the importance of international and Turkish fairs in order to increase Turkey's exports. Yetişen also drew attention to the need for young entrepreneurs to take part in the sector.

The shoe industry in Turkey is in a serious growth phase.

Noting that Turkey's shoe exports are growing more and more each year, Yetişen said, "The 25 percent increase in shoe exports in the first 7 months of 2020 and the first 7 months of this year is a good development for our industry and our country. When we include the pandemic in this, we can say that the shoe industry is in a very serious growth phase. We're making progress every year. The biggest reason for this is the production quality we have increased. In addition to that, keeping the product ranges wide and including new products and current models on the R&D side also plays a big role.”

Stating that they achieved success in shoe export in a short time, Yetişen said, “Since our establishment, we have realized an export of 1.4 million dollars. Being able to do this in a short time has drawn a successful picture for our company. The reason for this is that we are an export shoe manufacturing company. In the first year, we exported to 10 countries, mainly Poland and Ukraine. In our second year, we could not increase this number as we planned, due to the effect of the pandemic. But we had serious talks."

“The footwear industry is an industry that thrives on trade shows. Not very successful in online fairs because every market has different patterns,” said Yetişen, adding, “The customer has to try the shoes first and then order them. In this context, we also held online meetings. We achieved success by sending samples of the popular shoes to our customers after the meeting. After the customers tried the shoes we sent, our orders continued. For this reason, we did not have a recession season.”

Shoes will be exported to Italy

Stating that they will produce shoes for Italy, one of the first countries that come to mind when 'fashion' is mentioned, Yetişen explained his future goals as follows:“We also have targets for 2022 and beyond. Especially in 2022, we need to participate more in domestic and international fairs. Our product quality and models have caught up with Italy. This season, a customer from Italy contacted us.Our models are also located in the R&D centers.In other words, the world's number one Italy wants shoes from us, and as a Turkish brand, we will produce shoes for them this season.”

Manufacturing and export staff must be good to increase exports

Emphasizing that brands that want to increase their shoe exports should produce with a particularly strong staff, Yetişen made the following suggestions:

“Companies in Turkey need to have a good staff, especially in manufacturing. Because there is a saying in the industry that 'shoes consist of 40 pieces and passes through the hands of 40 people'. A serious market is heading towards Turkey. At this point, we have to respond to the demands. Since it is a seasonal business, it is important that customers do not miss the season. It should be underlined that the exporter staff is as important as the manufacturing staff. On the other hand, I think that young entrepreneurs like me should be included in the sector. I recommend my young friends to become entrepreneurs and follow trade fairs without hesitation. Our manufacturers also need to work to improve their products and models by visiting foreign fairs.”