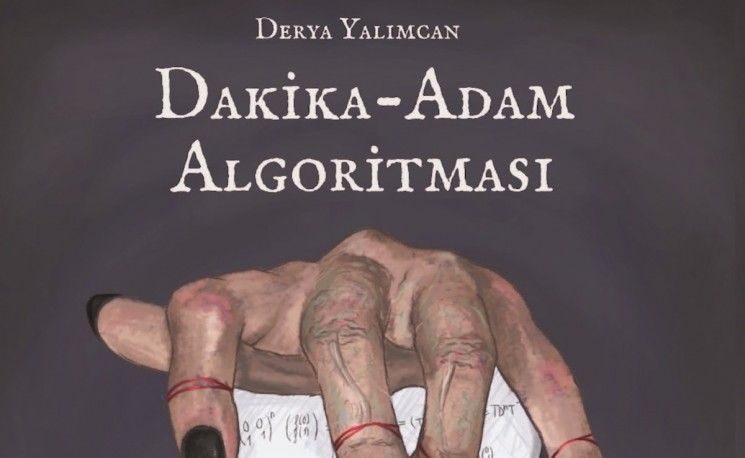 Author Derya Yalımcan, in his book “Dakika - Adam Algoritması”, deals with the concept of the End Times, which has been the subject of many works so far, with an unusual fiction. Extracting the algorithm of the End Times from the window of Christianity, the author opens parentheses to the signs of the apocalypse and calculates the possibility that humanity's desire for immortality will turn into a nightmare for the world.

ISTANBUL (TR) - The " Ahir zaman", which is accepted as the last stop of life before the apocalypse, preserves its mystery even though it opens the veil of mystery with its portents based on holy books or rumors. While each religious belief defines the End Times with different portents, Author Derya Yalımcan evaluates the End Times from the perspective of Christianity in his book ",Dakika - Adam Algoritması ", which he wrote after 30 years of social anthropological research. He explains where the human greed for immortality can lead the world to, based on algorithms, not assumptions. He draws attention to the fact that reason and faith will come to the fore in determining whether the future will turn into a utopia beyond dreams or a darkness full of nightmares where hope and the will to live are gone.

It serves as a guide

Derya Yalımcan, stating that he describes the End Times in his book away from possibilities, said, “I left Turkey when I was 8 years old. Throughout my life spent in Eastern and Western Europe, Asia, the Far East and Africa, I have seen that the Christian world stays away from the apocalypse in order not to be exposed to the claims of reaction. Although there are many works in the Islamic world, the lack of approaches that illuminate the apocalypse in the Christian world led me to research this subject. From this point of view, I started to write my first book.” Stating that he aimed for the West to gain empathy for the End Times and to adopt a questioning approach by putting aside the concerns of reaction, the author stated that he presented the results and alternatives he presented with the social anthropological research he carried out for 30 years from a different perspective.

The key to faith and worship

Derya Yalımcan, in his evaluation of his book, made the following statements: “In my book, which I have prepared using Christian and Jewish sources, I draw attention to the functions of reason, faith and worship that separate man and ape, and remind the readers of the damage caused by the egocentric perspective of human beings in the world. Readers may ask, “What distinguishes man from ape?” I think that by finding the answer to the question between the lines, they will gain awareness of what can cause a person's desire for immortality to turn into a great ambition.”

The author Yalımcan, in his book Dakika - Adam Algoritması, considers the concept of the hereafter, which has been the subject of many books to date, with an unorthodox fiction. “If the world consisted of a secret algorithm that determines the parameters of stock market derivatives and the fluctuation of the exchange rate, which is known only to a few people, how much wealth would the owner have?“Yalımcan stated that based on his question, " In my book, I define world wealth with the concepts of faith, happiness and success, and    depict the themes of the hereafter, taking into account cultural and religious differences. I believe that the work in which I study the perception of the Apocalypse through the eyes of Christian teachings will have lasting effects on everyone's life with its approach that brings all kinds of beliefs together in a common denominator”

Came to Turkey after Europe

Stating that the historical events that reflect the inner world of Christians are perceived differently by the Turkish society, Derya Yalımcan said, “This is why my book was first published in Europe. However, in the course of time, I thought that the book, which reflects the spiritual structure of Christianity, could bring a different perspective to the Turkish world. For this reason, we have decided to publish the second edition of the book in Turkey.”