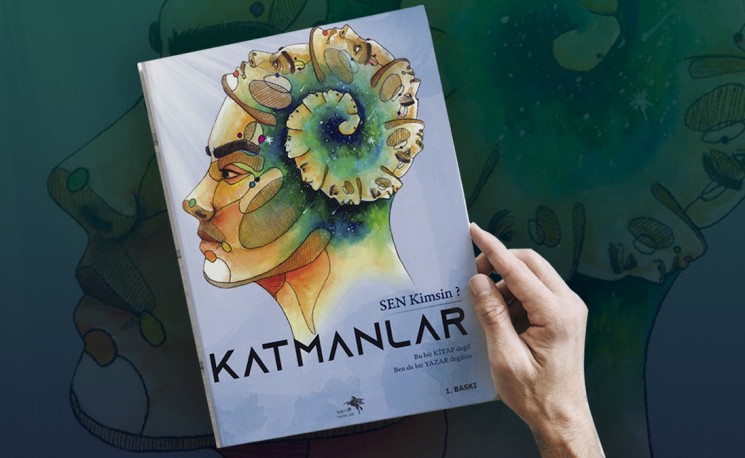 ISTANBUL (TR) - Writer Enis Timuçin received great acclaim with his first work “Ruhlarınız Hatırlayacak”, in which he describes the system and existential journey of women. In his second work, he pushes the boundaries even further and introduces his readers to a brand new life purpose, shaking up all known existential paradigms. In addition, by examining the mysteries and codes of existence, it opens the door to a different reality for humanity.

Stating that Katmanlar offers the knowledge of existential reality to humanity, Timuçin gave the following information about his work:
“Layers are a source deciphering an existential secret hidden between the lines of scriptures and ancient texts, a threshold to the actual journey beyond heaven and hell. As you read, you will realize that everything you thought you knew until now is actually a cover of a greater truth, and you will evolve into a very different reality with the positive contribution of this work that tells you about your life.”

Capturing attention with its Tuba Bekiroğulları signature cover image, the information contained as well as the exterior design of the layers (Sen Kimsin)? Timuçin said "the work explains the six life stages of human existence before falling into the womb in this world, the seven life stages that it will pass after death, and the life it is currently in, as well as clarifying many issues that seek clarity behind a veil of fog. Why were we born in this body, in this family, in this geography and conditions, and not in another? What is reincarnation really? What awaits us beyond heaven and hell? How does a person shape his next life of his own free will? What is the reality of LGBTQ+ individuals? Where were we before we were born and how did we live? They can find the answer to that and much more.”

Stating that Katmanlar is not an ordinary book and does not promise an ordinary reading experience, the author said, “Those who will read Katmanlar; they will rise to a new level of consciousness with the creational knowledge of the soul, soul, brain, universe, parallel universes, nature, living things, positive and negative, everything visible and invisible. Layers have the potential to influence the destiny of each of us as individuals and all of us as human beings. While reading it, you will deeply question everything you believe in, and strangely, you will not be able to look at any phenomenon or event with the same eye as these truths that your soul knows and remembers while reading it.

ECONOMY
True Global Ventures invests a total of USD38m in Web3 leader Animoca Brands
Copyright © 2016 - 2022 Unusual Enterprise BV
B2Press
Sending...
B2Press
We use cookies to give you the best experience on our website. You can change your settings at any time. Otherwise, we’ll assume you’re OK to continue.
ContinueGet Information