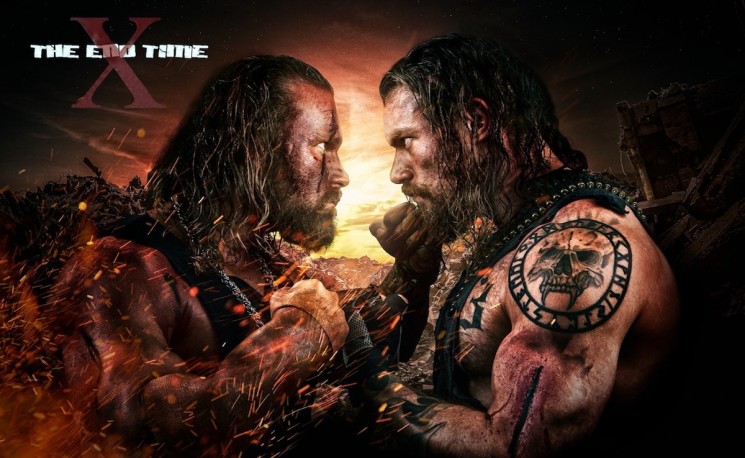 Sean GK and Maxx Oliver, a Turkish producer and director living in America, rolled up their sleeves to make a science fiction film about the end of the world. The trailer for the movie "X the End Time", some of which was shot in Turkey, has been watched over 8 million times since it was released on social media platforms. The goal is to attend the Oscars in 2023.

ISTANBUL (TR) - The movie "X The End Time", directed by Turkey-born Sean GK and starring world-famous Hollywood stars, is getting ready to meet science fiction fans. Prepared by Newway Film Studios headquartered in the USA and produced by Maxx Oliver with director Sean GK, the film features Hollywood stars such as Costas Mandylor, Kristanna Loken, Tom Didiman, Alix Kermes, Tiffany Rose, Paola Duque, Franky Lankester, as well as Turkish-German actress Wilma Elles . The trailer of the movie, which is about the end of the world, has been watched over 8 million times since it was published on social media platforms. The biggest target of the movie "X The End", which is a candidate to be one of the strongest examples of the science fiction genre, is to participate in the Oscar in 2023.

According to the information obtained from the production company, the filming that started in Turkey will continue in Nevada, USA at the end of November. “X The End Time” will be the first of the 5 series of films. The shooting and montage schedule of the film will be completed within the next year, following the pre-preparation process meticulously carried out by a large team for 1 year. The film, which has already aroused curiosity with its high-budget promotional campaign, is expected to be released at the same time all over the world in 2022.

Part of it was shot in Izmir

X The End Time, a part of the filming and the first released world premiere trailer, was made in historical places in and around Izmir, and the struggle for existence of a handful of people who survived the meteor shower is told. The film is also planned to introduce the lesser-known beauties of Turkey with the shootings in historical places such as Seferihisar Ancient City of Teos, Alanya, Cappadocia and Phrygia. It is known that the producer of the film, Maxx Oliver, recently came to Turkey and made offers to some famous names for the series in which the names in the Turkish cinema world will also be considered.