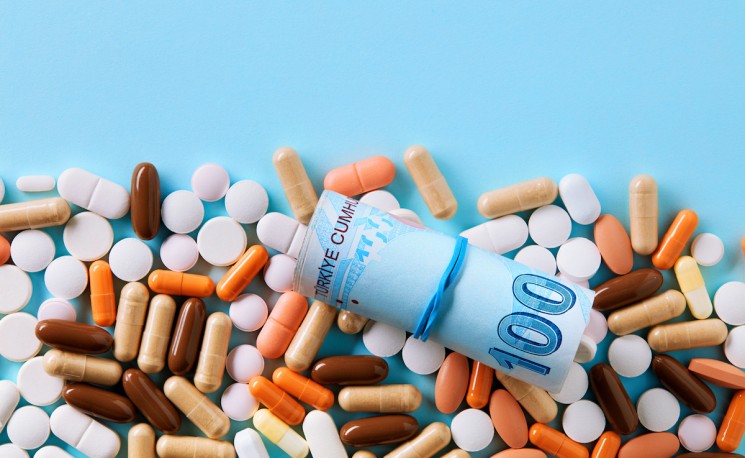 ECONiX research has published a new report titled” The impact of COVID-19 on public and private health insurance expenditures in Turkey". According to the report, in 2020, which is called the pandemic year, the state's drug budget increased by 18.7% compared to the previous year. In the process, average prescription amounts rose 42% as chronic patients had access to the drug without going to the hospital.

ISTANBUL (TR) - The pandemic has changed the balance of health expenditures all over the world since 2020. While a similar picture is seen in both the public and private sectors in Turkey, ECONiX Research; ECONALiX, T.R. Ministry of Labor and Social Security, Social Security Institution, T.R. The Ministry of Treasury and Finance and the Turkish Insurance Association published its analyzes with a report titled "The Impact of COVID-19 on Public and Private Health Insurance Expenditures in Turkey". According to the report, the pharmaceutical budget in SGK health expenditures completed 2020 with 48 billion TL and the health services budget with 52 billion TL. Thus, while there was an increase of 18.7% in the pharmaceutical budget in 2020 compared to the previous year, this rate was recorded as 0.09% in health services. On the other hand, the budget of the bills paid in  universities and T.R. public hospitals affiliated to the Ministry of Health decreased by 4.20% on average, it was stated that this decline was especially in university and state hospitals serving in the treatment of COVID-19 while, private hospitals drew attention with an increase of 18.66% in their expenditures. ECONiX Research and Management Trio and Yeditepe University Faculty of Pharmacy academics, Dr. Güvenç Koçkaya said, "While the number of applications to come to the hospital and expenditures decreased in public hospitals, the main reason for the increase in private hospitals was that public hospitals became a place to deal with the pandamic and did not receive the surgeries that are not considered as an emergency and these cases may have gone to private hospitals."

Private health insurances with increased premiums broke a record with a profit of 1.9 billion TL

The report published by ECONiX Research also shed light on the health expenditures of the insurance industry during the pandemic process. ECONiX Research and Management Trio and Hacettepe University, Head of Health Economics and Pharmacoeconomics Department Prof. Dr. Zafer Çalışkan said, “The premium revenues of SGK General Health Insurance increased by 142.23% in 2020 compared to the previous year and were recorded as 127 billion TL. SGK General Health Insurance expenditures, on the other hand, increased by 8.23% and reached 100 billion TL. When looking at private health insurances, it was stated that the collected premiums reached 8.3 billion TL with an increase of 65.32% compared to 2019. While private health insurance revenues increased above normal in 2020, expenses showed a similar increase compared to previous years. The technical profit of private health insurances, which is calculated over the difference between premium and damage expenditures, reached 1.9 billion TL with a record increase of 176.78% compared to the previous year.

ECONiX Research and Management Trio and Yeditepe University Faculty of Pharmacy academics Dr. Güvenç Koçkaya made the following assessments regarding the report: “It is obvious that both public and private health insurance are among the winning sectors during the pandemic period. Because we see that their expenses are lower than expected, while protecting and even increasing their income. Both public and private health insurance had a significant surplus in terms of the difference in premiums and health expenditures collected in the pandemic year. We see that the budget surplus of approximately 27 billion TL between SSI's health insurance premiums and health expenditures has been shifted to other areas and is used to finance the deficit in SGK's most basic expenditures such as pensions. However, this budget could have been used for innovative treatments such as cancer and gene therapy, again in the field of health, for Turkish society's access to better and innovative treatments. This situation brings to the fore the opinion that it would be good to leave the General Health Insurance within the body of SGK in order to improve the social state perspective and to provide better service.”