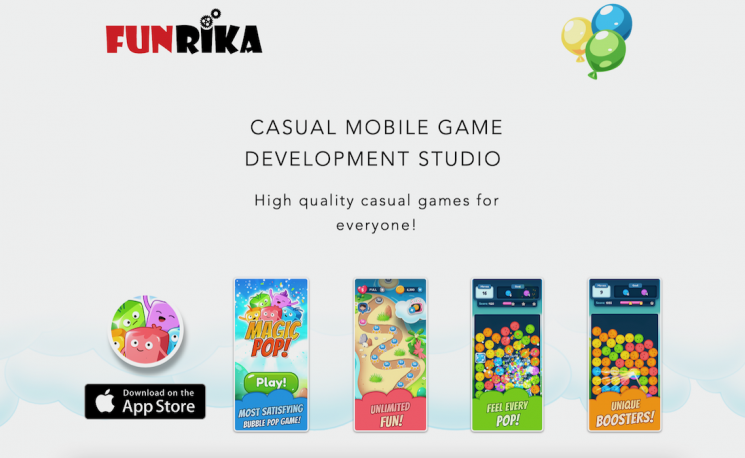 Funrika, which develops hybrid casual games and is known for its game called Top Race, received an investment of 2 million 750 thousand TL from Boğaziçi Ventures.

Founded in 2011 by Cem Köne and Can Köne, Funrika has developed mobile-oriented games since its inception and finally achieved success with its game called top Race.
Boğaziçi Ventures, which announced the investment news for the first time at an event held via Youtube, hosted Funrika co-founders Cem Köne and Can Köne and spoke about the place, business model, future and trends of hybrid casual and hypercasual types in the Sunday.

"I think the team is very close to success.”

Boğaziçi Ventures co-founder Burak Balık stated that the team has been in the venture ecosystem for a long time and is very close to success. Burak fish “ " there are criteria that we set before making an investment decision in a team, if the team meets these criteria, we make an investment decision. I'd say Funrika meets all these criteria. Considering our criteria such as the vision of the team, the history, the dream of being a unicorn, everything fits our strategy one-on-one when we meet with the team." said.

Cem Köne, one of Funrika's founding partners, stated that they are especially focused on competition in their games, that this is the most important factor that makes the game fun, and that competition also increases the rate of keeping the user in the game. He also emphasized that players get bored of the single player experience very quickly, that multiplayer games allow players to socialize so that they become more connected to the game. Funrika also continues to improve and improve the user experience day by day in its AI-based games called Top Race, which also have a chance factor. "We are very confident in the experienced team of Boğaziçi Ventures and in fact this investment is of great importance for our future success. Globale, we want to reach the Asian Sunday market in particular and we are very hopeful that these connections will be provided by Boğaziçi Ventures." said.

GENERAL
It is now possible to rise a generation with professions which artificial intellegance can’t replace!

GENERAL
Only one out of every 3 experienced traders finds their level of knowledge sufficient!

GENERAL
Univera ranks among the world's best in retail technologies for the 5th time
Copyright © 2016 - 2021 Unusual Enterprise BV
B2Press
Sending...
B2Press
We use cookies to give you the best experience on our website. You can change your settings at any time. Otherwise, we’ll assume you’re OK to continue.
ContinueGet Information