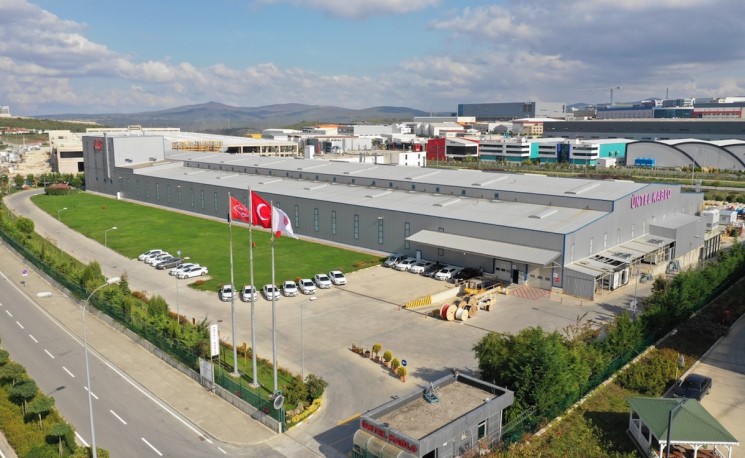 Üntel Cable, one of the leading companies in the cable industry, was included in the ISO Turkey's Top 500 Industrial Enterprises List in 2020. Founded in 1972 with 100% domestic capital, Üntel Cable proudly enters the list for the first time in its history with its investments and increasing production volume.

İSTANBUL (TR) - Continuing its production in its facilities established on an area of 43.000 m² in Kocaeli Dilovası, Üntel offers cable solutions for many industries such as shipbuilding industry, mines, airport runway lighting, railways, offshore oil platforms, industrial facilities, refineries, factories, cranes and defense industry. The company, which specializes in the production of rubber and special cables, as well as standard products, exports more than 60% of its production. Bringing its products together with its customers in more than 70 countries, Üntel, with its wide product portfolio and stock range, is on the approved supplier list of many foreign public and industrial organizations, while also serving distributors and wholesalers.

In Turkey and in the world, prestigious projects such as MİLGEM Corvettes to be produced by ASFAT (Military Factory and Shipyard Operations Inc.) for the Pakistan Navy, Dublin Airport runway lighting, Navajo class T-ATS 6 search and rescue ships to be produced for the US Navy and Istanbul New Airport. Üntel Cable, which supplies cables, was ranked 50th in the ISO Second 500 Largest Industrial Enterprises list in 2019.

Üntel Cable has officially completed the establishment of the R&D center by successfully completing the audits regarding compliance with the requirements of being an R&D center in recent months, within the scope of senior management targets and the investment plans of the company. In this way, Üntel took the R&D, design and innovation studies carried out within the company one step further and gathered them under the roof of the “R&D Center”. As a result of intensive R&D studies, the company still maintains its position as the first and only Turkish cable manufacturer to certify VG95218 / 60-61-62-63-64-65 and 66 navy type power, telecommunication and signal cables, which are owned by a small number of cable manufacturers in the world.