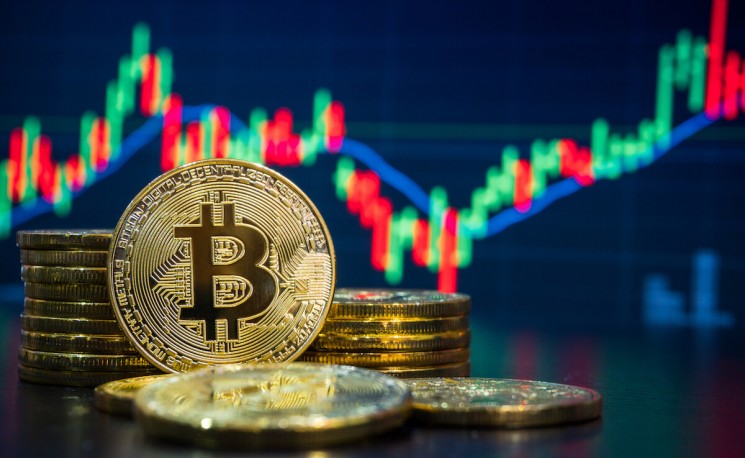 The recent decline of Bitcoin and altcoins in the Cryptocurrency markets has created great distress for investors about losing their assets. Ozgur Serkan Uslu, CEO of Paritex, who has been evaluating this matter, said: “We see that there is a FUD effect behind the sudden decline in the cryptocurrency markets. Traditional، digital and social media platforms are the main sources of the FUD effect. Any news in media can easily affect the market, regardless of whether it is credible or not. The ability of cryptocurrency trading platforms to provide uninterrupted services is of vital importance to users during these periods when Bitcoin and altcoin trading mobility is increasing.”

İSTANBUL (TR) - In the cryptocurrency ecosystem, the main topic on May’s agenda was the downward movements in Bitcoin and altcoins. While Bitcoin lost 26 percent, this rate was recorded as 40 percent in Ethereum, 45 percent in BNB and 25 percent in Cardano. The growing concerns of cryptocurrency investors are increasing due to price volatility have turned their eyes to experts on the subject. Özgür Serkan Uslu, CEO of the Turkish crypto money exchange Paritex, who evaluated the current situation, said: “We see that the FUD effect lies behind the decline in the crypto money markets. Traditional, digital and social media platforms are the main sources of the FUD effect.  Any news in  media can easily affect the market regardless of it’s credibility."

"Topics on the agenda should be thought through”

The CEO of Paritex Özgür Serkan Uslu, who said that the main point to shed the light on is the effect on the market of small investors who follow the decisions made by the majority, he continued stating: “Investors who become pessimistic and react quickly as soon as they hear the news indicating the effect on agenda and attract attention in the public may make increase the possibility of making wrong decisions that will negatively affect their investments. The agenda Topics that caused the FUD effect to emerge in this latest decline should be well examined and though through. On top of these statements comes the statements of the Tesla CEO, the news that the Chinese government has tightened the bans on cryptocurrency trading and the policies implemented by the states.”

Statements from Elon Musk and the Chinese government

Explaining the impact of the shared statements by Tesla CEO Elon Musk's  on the cryptocurrency markets, in which he pointed out that Bitcoin mining consumes high energy, Uslu said, “Elon Musk has announced that the cars they produce will no longer be sold with Bitcoin in this situation, because it does not match the vision of Tesla. This decision, which has made huge repercussions among its followers, soon affected Bitcoin and altcoin investors.”

Reminding that the cryptocurrency market started to fluctuate after the news from Reuters that China tightened the bans on cryptocurrency trading, Uslu continued his words as follows: “It was shared in the markets that the sharp decline in Bitcoin and Altcoins, the world's largest volume cryptocurrency, was linked to the power outage in China's Xinjiang region. Due to the power outage in the world's most Bitcoin mining region, almost half of the Bitcoin network was offline for 48 hours. Meanwhile, it is claimed that the decrease in the 'hash rate' values, which expresses the working speed of the cryptocurrency mining devices, affects the Bitcoin prices”.

The decision of the central bank was put on hold.

Özgür Serkan Uslu pointed out that Turkey, as one of the countries that show the most interest in cryptocurrencies in the world, is also a determining factor of market change: “In line with the decision taken by the Central Bank of the Republic of Turkey, Bitcoin and Altcoins cannot be used directly or indirectly in make payments. The decision was published in the Official Gazette. This situation, which was talked about in the markets, added waiting to fear. It is among the rumors that under this decision, Turkey will soon make a regulation and offer state assurance.”

While the difficult selling wave in the cryptocurrency market created an atmosphere of panic among investors, it was noted that there were problems in money transactions in many major cryptocurrency exchanges in the world. Cryptocurrency platforms, which serve millions of users around the world, announced to their users transactions were disrupted and there were problems in data flow in their statements on social media. Users who could not access their accounts for hours stated on social media platforms that they experienced financial loss due to the difficulties experienced in the process of giving, buying and selling orders. Commenting on the situation, Uslu said, “As Paritex, we continued to provide 24/7 uninterrupted and secure service to our users, as always, during this sudden drop in Bitcoin which was experienced around the world and the corresponding downward movement in altcoins. The ability to provide uninterrupted service is vital for cryptocurrency exchanges, because most users want to direct their investments during these volatile periods. The fastest and safest way to achieve this is to regularly strengthen and improve the software infrastructure and to have a cyber security team that monitors the activity in the network 24 hours a day. For these reasons, we, as Paritex, steer our investments in two areas.”