ALL
GENERAL
ECONOMY
ARTS-CULTURE
TECHNOLOGY
HEALTH/SPORTS
With 1.1 billion, we sold the most jewels to the UAE! 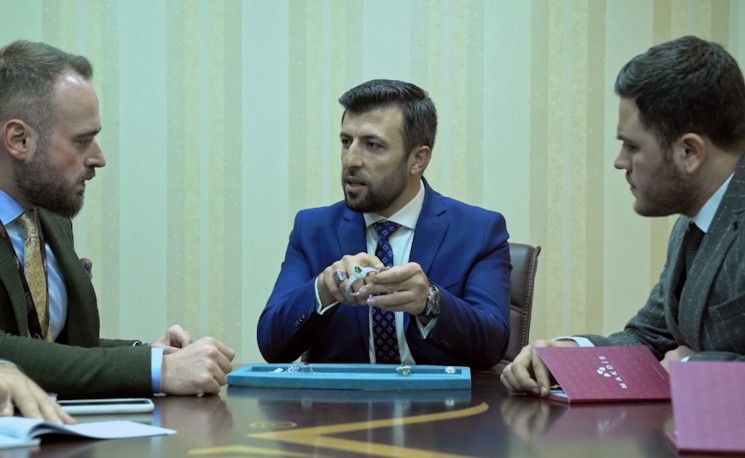 Last March, jewellery exports rose to $ 340 million, a 48% increase over the same period in 2020. In January March 2021, this figure was recorded as a total of 976 million dollars, an increase of 9%. Yahya Dede, founder and Chairman of the Board of Directors of Makdis Diamond, said: "We anticipate that exports will exceed $ 4 billion at the end of the year. Behind the high demand is the quality of labor in our country, " he said.

İSTANBUL (TR) - Many sectors in Turkey have managed to overcome the economic fluctuations caused by the pandemic. At the beginning of these came the jewelry industry. In January 2021, an increase of 13.4 percent compared to the same period of the previous year, about 331 million dollars of exports and a fast start to the year, the sector is also preparing to give a successful test in the first quarter of the year. According to the Turkish jewelry Exporters Association data examined by Makdis diamond, jewelry exports in March rose to $ 340 million, an increase of 48% compared to the same period in 2020. January-March 2021 period covering the three-month period, a total of 976 million dollars of jewelry exports increased by 9%.

Based on current data, Makdis Diamond founder and Chairman Yahya Dede said: “Turkey's jewelry exports have fallen 8.4 percent in 2020 compared to 2019 due to the pandemic and were recorded as 3 billion 758 million dollars. We anticipate that this course of recovery, starting from the first month of the year, will continue throughout the year, and by the end of 2021, jewelry exports will exceed $ 4 billion,” he said.

"Turkey's labor quality is the biggest factor in demand growth”

Yahya Dede, referring to the most exported countries, said: “in the data we examined, we see that the country with which Turkey exports the most in the first three months is the United Arab Emirates with 1.1 billion dollars. It is followed by Iraq with $ 280 million, the United States with $ 165 million, Libya with $ 99 million and Hong Kong with $ 88 million. Countries with the greatest increase in exports looking at it, it is worth noting that the United Arab Emirates again took the first place, with an increase of 334%. It is followed by Egypt with 216% and Switzerland with 199%. The quality of workmanship in Turkey's jewelry sector is undoubtedly the biggest factor in this increase in demand. As a sector, our main goal should be to continue to invest in growth without compromising our talent and quality that cost the world, and not to turn your back on retail while doing so,” he said.

Aims for $ 20 million worth of exports

As Maqdis diamond, they are not only a leading player in the wholesale diamond sector, but also stand out with their manufacturer identities, Yahya Dede explained the 2021 goals as follows: “we serve our stores in Mersin, as well as more than 100 sales points in 81 provinces. In May, we are preparing to open a new headquarters and showroom in Istanbul's Grand Bazaar. As well as having a say in the domestic market, we operate in many countries, especially in our wholesale offices in Russia and the Netherlands, and we are located among the leading companies in the sector in Europe. And we plan to open stores in Qatar, making a significant breakthrough for the foreign retail market. In addition, our export targets are growing every day. During the pandemic, our investments and trade never stopped, we exported $ 7 million to Europe. Our export target in 2021 is $ 20 million.”

GENERAL
Women's employment in RE/MAX Turkey approaches 50 percent
Copyright © 2016 - 2021 Unusual Enterprise BV
B2Press
Sending...
B2Press
We use cookies to give you the best experience on our website. You can change your settings at any time. Otherwise, we’ll assume you’re OK to continue.
ContinueGet Information