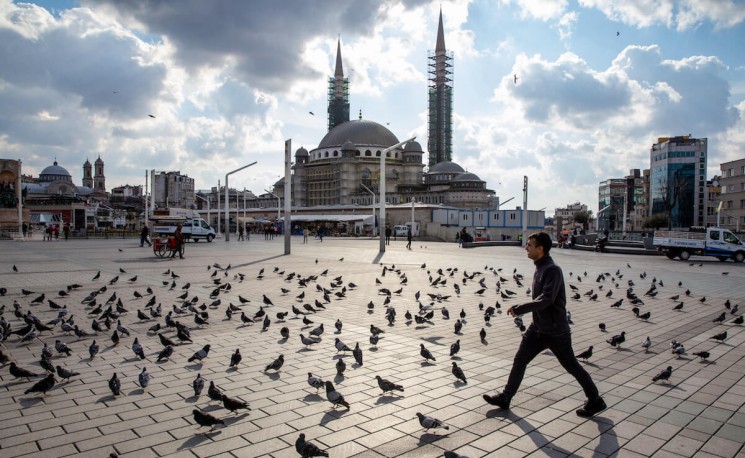 After a year of fighting the coronavirus, the balance sheet of the pandemic also comes to light. According to the “Covid-19 Pandemic First Year Assessment” report published by ECONiX research, the total cost of treating Covid-19 patients in Turkey in the public was about 10 billion TL. As of April 12, a vaccination rate of 9% has been reached, and experts predict that 33.78% of the population is immunized.

İSTANBUL (TR) - The fight against coronavirus around the world has been going on since March 11, 2020, when the first case of Covid-19 was seen in Turkey. With the first year of the pandemic behind us, ECONiX research published a report titled “Covid-19 Pandemic First Year Assessment”. According to the report, deaths from Covid-19, of which more than 110 million people are caught around the world, exceeded 2.5 million. The case-to-death rate, which is 2.22% worldwide, was recorded as 1.06% in Turkey. As of April 12, 2021, the vaccination rate of the Turkish population is 9%, while experts predict that one out of every 3 people is immune through disease or vaccination. Another point that drew attention in the report was the health expenditures that our country made in this process. The state has spent 10.6 billion TL for Covid-19 patients in the last year.

The 3rd country in Europe with the highest vaccination rate

Güvenç Koçkaya, who led the ECONiX research team, shared their assessment of Turkey's case table based on the report they published. Koçkaya said, “Unfortunately, we see that cases and deaths are increasing worldwide. The period when these rates were highest was recorded as January 2021. Turkey in the course of the day, the highest mortality rate was observed in May 2020, a decline from the month of October 2020. Although the daily mortality rates seem to be in balance as of 2021, there is a certain increase now. On the other hand, we found that the death rate observed in Turkey is half the death rate observed worldwide. Looking at possible Covid-19 cases, we estimate that the current official number of cases is 13.53% of possible Covid-19 patients who have not been diagnosed. According to this, 33.78% of the population of Turkey can be said to be immune with disease transmission and vaccination, although the severity of cases varies.”

29 thousand 332 TL was spent per patient in intensive care

According to the report entitled “Covid-19 Pandemic First Year Assessment”, for Covid-19, 411 TL was spent per outpatient by the state, 15 thousand 424 TL for inpatients and 29 thousand 332 TL per intensive care patient. Dr. Gülpembe Oğuzhan said, “According to our calculations, the SGK, which made a total of 100.3 billion TL health expenditure in 2020, spends approximately 22 billion TL less than the health budget, despite the additional Covid-19 expenditures. It can be said that the decrease in hospital admissions of individuals with chronic diseases is particularly effective in this table.” According to the report, hospital applications decreased by 35.2% and the number of prescriptions decreased by 14.8% compared to the previous year.