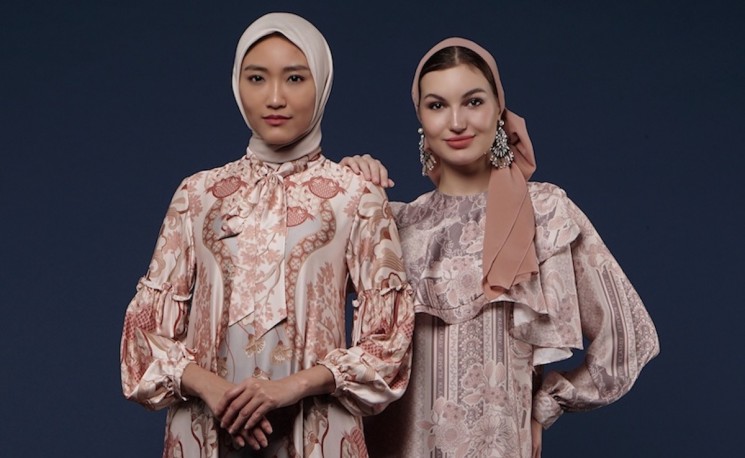 Turkey is positioned as one of the world's leading fashion suppliers with its strong manufacturers.

İSTANBUL (TR) - Conservative clothing fashion makes our country an important commercial partner, especially for Muslim countries. The Republic of Indonesia, which wants to develop joint relations with Turkey in this area, will promote the country's 7 major fashion brands at the event, which it will hold in the embassy building in Ankara in cooperation with Markamarie, known as the meeting point of conservative clothing fashion in Southeast Asia.

They created a private collection for Turkey

Elzatta, Wearing Klamby, Jawhara Syari, Tethuna, Medina Zein, Restu Pratiwi and hwan Eco Ethnic brands will organize fashion shows in the “meeting with Indonesia” event, which will be held between 14:00 and 16:00 on April 7-8, 2021, where they will present their collections specially prepared for Turkey. Indonesian brands are noted for their high follower numbers on their social media accounts, while the event can also be viewed on the Republic of Indonesia's YouTube channel called “Indonesia in Ankara”. If a limited number of participants www.markamarie.com/introducingindonesia by registering from his address, he will be able to physically participate in the event under the covid-19 measures. The event, which will feature fashion shows, will also feature a performance by the Dharma Wanita Association of the Indonesian Embassy in Ankara with an instrument called Angklung, which is unique to the country.

"Fashion can only survive as long as brands support each other”

Of the greatest importance for promotional activity, indicating possible to start collaborations with Turkey, the ambassador of the Republic of Indonesia Lalu Muhammad Iqbal, "through this event, we aim to combine the hearts of two Muslim countries closer than ever,” he said. The ambassador announced that Emine Erdogan, wife of President Recep Tayyip Erdogan, will also attend the event on April 7.

Franka Soeria, co-founder of markamari, emphasized that fashion can only survive as long as brands support each other and said, "We want to introduce Indonesia's ready-to-wear brands to Turkey. Indonesia offers a different style in the East-West synthesis and is not only a big Sunday, but also a great source of creativity. We hope that by cooperating with Turkey, we will sign even better works,” he said.