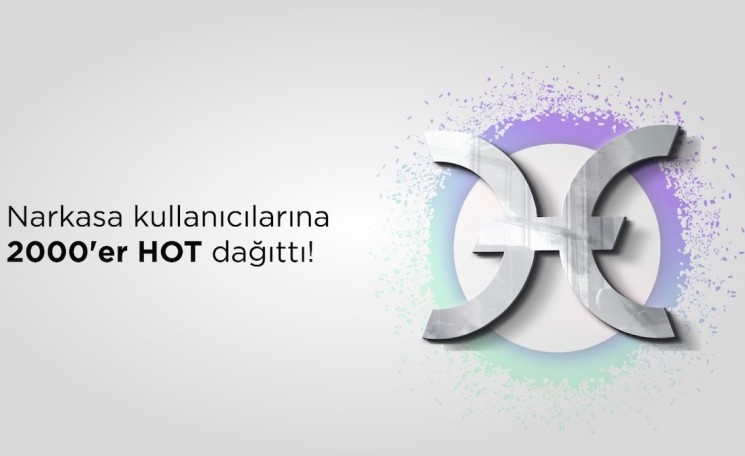 İSTANBUL (TR) - Interest in cryptocurrencies in Turkey is growing every day. As the number of users in cryptocurrency exchanges increases, demands are also diversifying. Platforms, on the other hand, contribute to the development of the cryptocurrency ecosystem with innovations that they bring in accordance with the demands. Finally, the Istanbul-based cryptocurrency exchange, which is one of the leading cryptocurrency trading platforms in Turkey Narkasa.com, Holochain network, which has attracted attention with its recent rise to all users who deposit Turkish Lira through the platform, announced that it has made a first in Turkey by gifting the local cryptocurrency hot. Cryptocurrency named Holochain Narkasa.com immediately after its listing on its platform, it increased by 30% and the next day by 60%, rising to the top 50 in the market capacity ranking. As part of the campaign, which lasted until March 26, 2021, each user was presented with 2000 HOT. “What cryptocurrencies should be listed in Narkasa? " the Platform quoted Mesut Yar, who began acting as a media consultant in February, as saying via Twitter."he had processed hot (Holo) on the answers to his question.

1 in Turkey. ranked among the top 50 in the world

It has users in 156 countries of the world and has started to serve in Turkey as of January 2021 Narkasa.com " since we became involved in the cryptocurrency market in Turkey as a Platform, we have managed to bring innovations to the ecosystem with our projects. It serves users from many countries with our high-level security standards, according to Hacken platform, an international cryptocurrency platform evaluation Organization, 1 in Turkey. next, we are in the top 50 in the world. Our goal is to improve the ecosystem in line with the views of users,” he said.