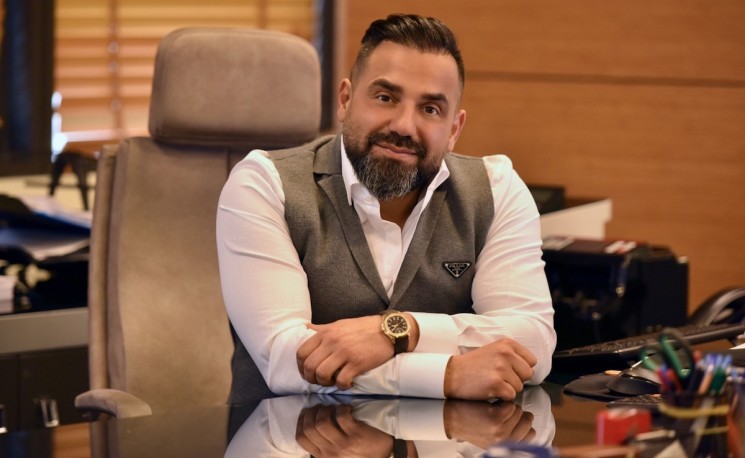 SS finance a.P. Sabahattin Seven, chairman of the board of Directors, regarding economic growth figures, said: "Turkey has become one of the rare countries that closed 2020 with growth. Projected growth figures can be reached if price stability is maintained this year. At this stage, anti-inflation policies also need to be reconsidered. Together with a sustainable investment environment, production needs to be supported." said.

İSTANBUL (TR) - SS finance a.P. Chairman Sabahattin Seven, the sharp rise in the exchange rate, the economic growth rate and the financial sector made assessments. Financial Expert Seven said that the dollar rate, which saw 8.54 pounds in November last year, fell below 7 pounds last week, an indicator of economic policy. In the same way, the sharp rise in the dollar last week is related to domestic policy, Seven noted, the acceleration of sales in US bonds is also an important factor.

The experienced financial expert shared the following information: "we are also seeing a rise in sales in the currencies of developing countries. For this reason, the Turkish lira began to depreciate again against the dollar. We saw a sharp rise when domestic political developments were added.“Interest rates are rising in the world, " he said. This is destabilizing the market. Especially in the currencies of developing countries such as Turkey, significant depreciation is observed. Similarly, we see imbalances in the stock market. Global capital flows are negatively affected by global economic fluctuations. Thus, distortions and imbalances occur in the exchange rate.”

Sabahattin Seven, continued: "foreign exchange and gold in Turkey are still very expensive. While the dollar is rising in the world, it is a risk that it does not rise in Turkey. However, it may be natural for the dollar to rise in Turkey along with the world; but how much it rises is important. Here begins the role of political will. In domestic policy, the market needs to be given positive messages. If we see positive developments related to economic policy in Turkey, the market will immediately react positively to it. For this reason, there is still hope for the Turkish Lira.”

Sabahattin Seven, referring to the recently announced growth figures, said: “Despite all the negativity, the Turkish economy grew by 1.8 percent in 2020. This figure indicates that growth is approaching 2.2 percent, the projected growth rate. In addition, the total value added as a chained volume index of financial and insurance activities in 2020 was 21.4 percent. In this figure, financial activities have a significant share."he recorded his words.

"These figures also show that the Turkish economy continues its growth trend despite the pandemic, the negativity in the global economy and inflation. Turkey has become one of the rare countries to close 2020 with growth. Projected growth figures can be reached if price stability is maintained this year. At this stage, anti-inflation policies also need to be reconsidered. Together with a sustainable investment environment, production needs to be supported.” Global technology and financial companies, mutual funds, stock price was observed between an increase in their stock Sabahattin Loving SS as it provided employment to finance their investments and offer various contribute to the country's economy, he added.