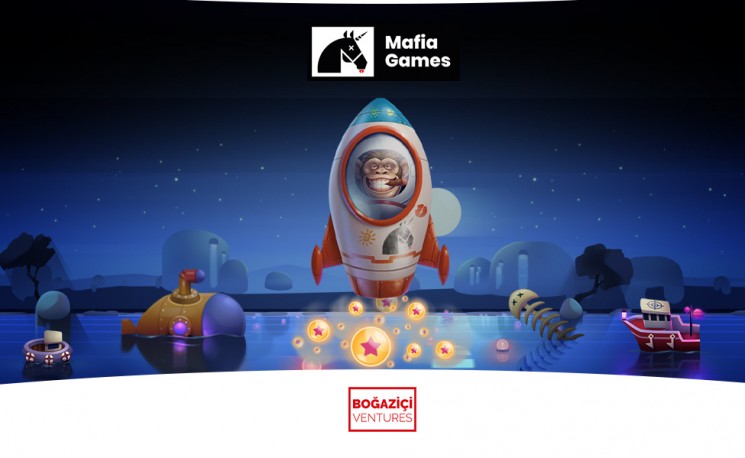 Mafia Games, which develops hybrid casual games based on luck and talent, aims to accelerate its growth globally with this investment.

İSTANBUL (TR) - In recent years, more than 500 small and medium-sized game development studios have been established in the Turkish game sector, which is in the top 3 in the European, Middle East and African game development ecosystems, and is growing rapidly with a strong flow of creative talent to the sector.

In the game, Fintech, Retail, and technology in the field of digital health investing in the fund with the rapidly scalable technologies BV growth in international markets contributing to the growth of the ecosystem by investing in Boğaziçi Ventures; the area is the focus of luck and skill based games, Mafia Games and Serkan Aksu Fatih Polat attempt has invested 3 million as the founder of the domestic game.

Boğaziçi Ventures and Mafia Games, which made the investment announcement at the clubhouse event every week, held a conversation on Game idea development, game design, game publishing, legal processes in the game sector and the game ecosystem in Turkey.

Boğaziçi successful technology Ventures with partners and initiatives, serial investor and gaming industry expert John Fish, Boğaziçi Ventures invested 3 million TL Mafia Clubhouse Games for the first time in the publication, explaining that “Boğaziçi Ventures, a venture often when we're looking at whether we have common investing in visions and dreams. We are very excited to see that we share the same dreams in the investment negotiations that we also held with Mafia Games,” he said.

In the publication, it was also stated that the number of successful games in the world in the field of luck and talent-based play is very small, and there is a great potential for success in this field.

"With the investment of Boğaziçi Ventures, we will add strength to our strength and continue to move rapidly towards our goal.”

Serkan Aksu, one of the founders of Mafia Games, said: “We will continue to add strength to our strength and move rapidly towards our goal with the investment of Boğaziçi Ventures on the way we have come out to evaluate the opportunities we see in the Global gaming sector.”

Luck and skill based games for many years working in the field of Games team Mafia games of luck and skill-based factors, therefore, mathematicians, economists, and data scientist to work with them is the biggest factor that separates him from other game studios, he said.