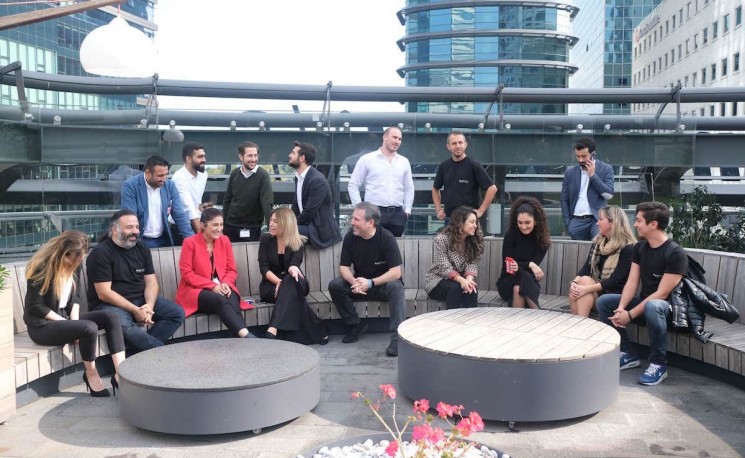 AloTech, the leading call center cloud in Turkey, has expanded overseas markets with the Call Center Studio brand. In the last 6 months, the company has started operating in the United States, Kenya, Britain, Pakistan, Algeria, Nigeria, Russia and Germany, increasing the number of countries it operates to 18.

ISTANBUL (TR) - AloTech, which managed to increase the number of companies using web chat, Facebook Messenger, WhatsApp and voice bot and text bot last year, by 433% compared to the previous year, started to support more than 550 companies. Increasing its turnover by 100 percent, AloTech also succeeded in entering the Red Herring North America Top 100 list. Red Herring, which is among the most prestigious technology awards in the world and where innovative companies are listed, has been included in companies such as Facebook, Google, Salesforce, Spotify and YouTube in previous years.

“We stand out with the consultancy we provide to companies abroad”

AloTech and Call Center Studio co-founder Cenk Soyak made statements about the rapid growth abroad; “First, when our customers in Turkey opened up abroad, they took us with them and started using us for their teams in different countries. As of the second half of 2020, we have started to enter into different markets directly abroad with both business partnerships and marketing activities. So far, we've sold over 10 projects.”

Stating that they owe their success of being one step ahead of their competitors in the global market to increased efficiency with their consultancy support in addition to their product features, Soyak said, “Many companies lose hundreds of thousands of dollars because they do not design their business processes correctly. In companies that meet us, we primarily focus on how we should design processes. We listen to their work. We are designing structures where operation teams will work more efficiently and minimize costs. Most importantly, we offer 7x24 support for continuous satisfaction.”

AloTech, which has reached a 92-person team consisting of Canada, Morocco, Bulgaria, Venezuela, Philippine, Indian and American citizens in addition to Turkey, announced that it has grown its team by 50% in 2020.

An average of 40% savings in operational costs using artificial intelligence

In addition, AloTech, which established a department on Artificial Intelligence in 2020, has started to support its customers in areas where it can automate and reduce costs within its current structure. In its first year, the company achieved a serious increase in customer satisfaction and cost advantage by solving an average of 40% of the calls to operations without reaching the call center teams with the voice and written bot services it developed for nearly 10 customers. Among the 2021 goals of AloTech is to include solutions containing artificial intelligence in its operations in the fastest way by making similar analyzes for over 550 customers it currently serves.

GENERAL
'Smart expedition' app launched on bus journeys
Copyright © 2016 - 2021 Unusual Enterprise BV
B2Press
Sending...
B2Press
We use cookies to give you the best experience on our website. You can change your settings at any time. Otherwise, we’ll assume you’re OK to continue.
ContinueGet Information