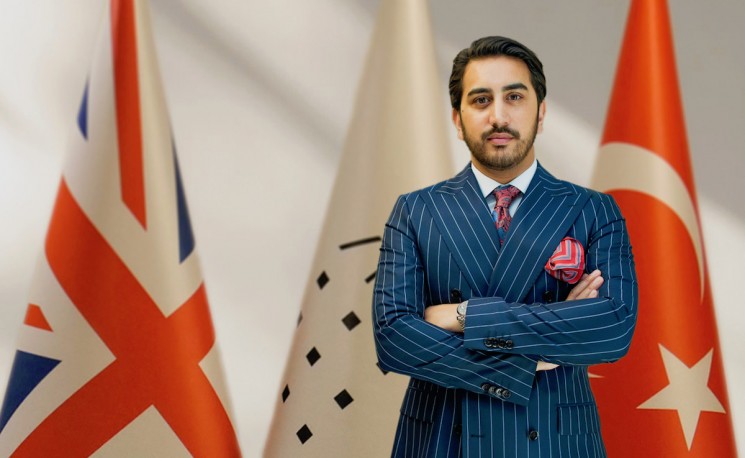 The Free Trade Agreement between Turkey and the United Kingdom was signed on 29 December. With Brexit, the uncertainty surrounding trade has begun to be replaced by investment plans. “The UK is a global magnet for investors and Turkey is an indispensable part of this magnet" said Omar Imtiaz, Chairman of Imtiaz Holding, which has been a UK business venture for many years.

ISTANBUL (TR) - Turkey and the United Kingdom signed a free trade (Brexit) agreement between the two countries and the first steps of an important partnership between the two countries have been taken. The agreement, signed online by Trade Minister Ruhsar Pekcan and UK Trade Minister Liz Truss, was considered the most important trade agreement Turkey has made since the 1995 customs union with the European Union. As the Brexit deal signals the start of a new era in trade, assessments have also begun to come in from business people. Omar Imtiaz, Chairman of Imtiaz Holding, which serves as an investment boutique based in Istanbul, evaluated the contribution that the agreement will make to the trade ecosystem of both countries.

"Contrary to popular belief, it is not the EU accession negotiations that have brought Turkey to this point”

“Turkey has the ability to stand firm and build its international relations with great confidence” said Imtiaz, who said that there are many views that the European Union (EU) accession negotiations are the driving force in modernizing Turkey's economy and business environment, but that the Brexit deal is the opposite of the view. The UK is a global magnet for investors. So much so that an exit from the EU has allowed the UK to showcase its capability and attract new investors. The UK Government, on the other hand, was one of the main supporters and strongest advocates of Turkey's EU membership before the Brexit referendum. David Cameron, Britain's former prime minister, had described Turkey as a “Great European Power” helping Europe build ties with the Middle East. “I've always felt in the past that one of the mistakes the EU has made was to drive Turkey away, but the UK has fallen behind Turkey's membership” said the current prime minister, Boris Johnson. In other words, today's picture was made possible by the deterioration of both countries’ relations with the EU. In the process of reaching this agreement, especially Boris Johnson and President Recep Tayyip Erdogan have very serious contributions. Thanks to them, an important step was taken in bilateral relations.”

Stating that there is a significant number of business links between the UK and Turkey, and further will increase, Imtiaz said, “BP, Shell, Vodafone, Unilever (England), the UAE, today more than 2,500 mainly British companies such as Aviva and Diageo, the company has been operating in Turkey. More than one-third of automotive engine produced in the UK is coming to Turkey, and many of them are exported back to England. In addition, Turkey, England denim and fashion and textile products worth about 2 billion pounds each year, including children's wear are also provided. However, there has been a significant decline in trade relations between the two countries in recent years, the trade volume, which was 18 billion 553 million dollars in 2018, decreased to 16 billion 312 million dollars in 2019. Today, the Brexit deal will bring many opportunities. While optimistic attitudes are increasing that we can push the borders with cross-border trade between the two countries, we can say that we will explore the fields of innovation, prop-technology, fintech, renewable energy and health more. The density of Turkish companies considering opening to the UK confirms this.”

Omar Imtiaz expressed his predictions for the opportunities that the Free Trade Agreement, which focuses on non-tariff trade, as follows: “This agreement will provide a large number of employment in both countries, mainly in the manufacturing, automotive and steel industries, as it is locked into non-tariff trade. Because these are the sectors in which British companies are the strongest globally. At the same time in England, after Germany, Turkey's second largest export market. Today is the right time to bring British manufacturers, companies and products together with their Turkish counterparts to look at creative industries such as healthcare, infrastructure, renewable energy, technology and increase trade beyond the defense industry.”

"The UK can adopt a flexible approach to imports from Turkey”

Under the agreement, to ensure that exports do not come from another country, Imtiaz said, “To give a specific example, EU trade agreements, and therefore Turkish trade agreements, require at least 60 percent of the value of an exported car to qualify for zero tariffs. requires it to be created locally. If a similar threshold were valid for a trade agreement with the UK, this would pose a major problem for some Turkish auto exporters. Because the only entry from Turkey were providing about 50 percent. Moreover, the rules of origin have the potential to create difficulties even for sectors that supply the majority of their inputs locally. Unlike restricted due to Turkey's customs union with the EU at the point we have reached today the UK can act unilaterally to reduce the problems faced by Turkish exporters. So England may decide to unilaterally adopt a flexible approach to rules of origin and imports from Turkey.”