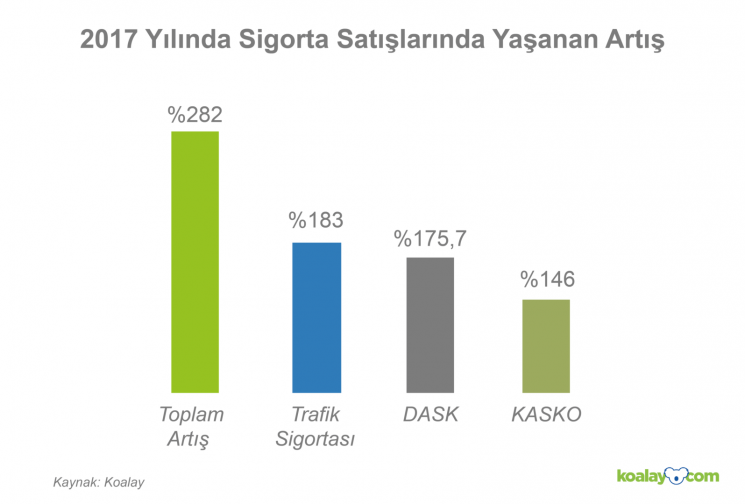 According to Koalay.com data, in 2017 compared to the previous year; Total sales of traffic, automobile insurance and TCIP insurances increased by 282%.

About Koalay.com
Koalay; Known for its successful application online services Telesur South African Insurance Group, which launched online in Turkey in 2014, it serves as insurance sales platform. By comparing the insurance companies' insurance, traffic insurance and DASK offers, policy amounts and scopes, it finds the appropriate policy and enables users to save time and price. Users can only make 5 purchases in 3 minutes.