ALL
GENERAL
ECONOMY
ARTS-CULTURE
TECHNOLOGY
HEALTH/SPORTS
85% of those who invest in e-commerce made a profit! 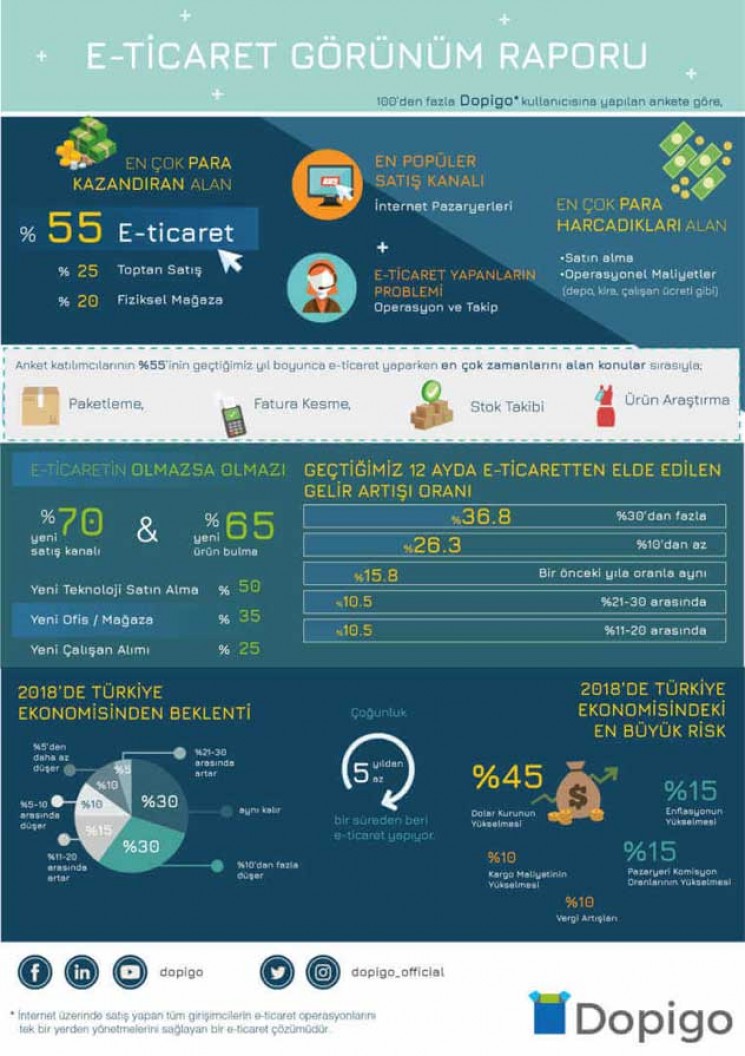 85% of those who invest in e-commerce made a profit!​

According to Dopigo's ’E-commerce Outlook Survey; In 2017, 85% of e-commerce initiatives were at least as profitable as their investment.

New Selling Channels and New Product
In 2017, nearly 70% of e-commerce entrepreneurs worked for both new sales channels and new products, 50% made new technology purchases, 35% opened new offices / stores, and about 25% he says he grew up by hiring new employees.
The common problem of e-commerce; operational processes and follow-up. 55% of the participants stated that the most time-consuming issues in the operation were packaging, invoice cutting, inventory tracking and product research.

Within the scope of the research, participants were also asked to sort their expenses. Last year, the highest expense items were procurement and operational costs (such as warehouse, rent, employee wages), while the least expenditure was seen as advertising. On the other hand, it is noteworthy that the participants chose to increase their advertising budget as well as purchasing and operational expenditures in their e-commerce strategies for 2018.

About Dopigo
Dopigo is a Saas solution that enables all e-commerce entrepreneurs, especially companies, to manage their e-commerce operations from a single point through their marketplaces and websites. Dopigo is supported by the KWORKS Entrepreneurship Research Center.