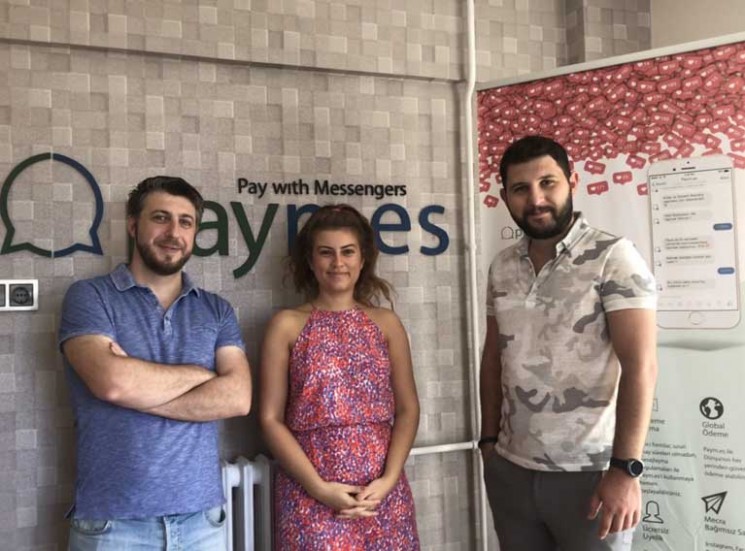 According to the data compiled by Paym.es; The number of selling via any social network in Turkey has exceeded 1 million. Women outperformed men in the social commerce, which grew by 10% in the last 5 years and 58% in the last 5 years. 10% increase in this ratio will contribute to Turkey's economy nearly $ 1.5 billion.

ISTANBUL (TR) - Buying products to users via instant messaging applications, and offers the possibility of selling Paym.es, he has compiled figures on the sales via major social networks in Turkey. According to this; With a population exceeding 80 million, the number of selling via any social network in Turkey has exceeded 1 million. 86% of them are products and 14% of them are sales-based. When the salesmen examined, women left the men at 58%. Social network users reached 51 million in Turkey, where 44 million people on social networks, 30% of internet users are using their smartphones, shopping in choosing mobile devices.

On the Instagram, which turned into a shop window, the basket average is 127 TL

Social trade, which goes a step beyond e-commerce; Facebook, Instagram, such as the exchange of social networks. Especially with Instagram, this platform, where people of all ages can sell all kinds of products and services, stands out as the place where shopping is most intense. 4 years, 4 times the number of users increases, 2018. As of social commerce through the basket average in Turkey reached 37 million users, Instagram £ 127. 22% of the employees, especially women, puts handcrafted products through Instagram as additional jobs. Instagram, which turns into a store window, only 50 million content is waiting to be sold under the #Sale label. A chatbot-based shopping system, set up with the motto mesaj Shop as Talk to Your Friend arı with the goal of facilitating fast-growing social commerce, Paym.es offers users reliable shopping through messaging applications. In the system where membership and product listing is free, anyone who wishes from the world as individual or company can be paid in dollars or Euros.

Social commerce has grown 10 times in the last 5 years

Sabrican Zaim, the founding partner of Paym.es, said: Orta The volume of social commerce, which has grown by 10 times in the last 5 years, has increased to 50 billion dollars worldwide. In 2021 it is expected to exceed 165 billion dollars. According to PwC's data, 39% of online shoppers say that social networking is the main motivation for shopping. We started with this transformation which started in retail with the effect of Z generation and we had a shopping system where everyone could use them easily and their products were bought safely through messaging applications. Our main goal is to save only the messaging applications from the tedious form and long approval processes. At this point, the smart electronic commerce chatbot Paym.es; Facebook, Telegram, Beep, Line, Whatsapp and ETSY through e-commerce have connected, gram he said.

Katılım If women's labor force participation increases by 10%, 1.5 billion dollars will be contributed to the national economy “
Sabrican Zaim underlined that 58% of those who sell on social networks are women and said oluştur Women are more active on social networks than men. Together with Instagram, an important income structure has been created especially for women to display and sell handicraft products. Social commerce has become a new business model for women entrepreneurs from housewife to active business life. According to TURKSTAT data, the labor force participation rate of women is 33.6% and the male 72.5%. If women in the labor force participation rate increased by 10%, provided nearly $ 1.5 billion contribution to the economy of Turkey. "He said.

Paypal.es is a chatbot-based initiative that sets out with the motto ılar Shop as if you were talking to your friend ur, and offers reliable shopping to its users only through messaging applications without tedious form and long approval processes. payment facility. Membership and product listing is free of charge. In the system that can be used by anyone who wishes as an individual or a company from anywhere in the world, payments can be collected in dollars or euros. Seedstars Istanbul has the integration with Paym.es, Facebook, Telegram, Bip, Line, Whatsapp and ETSY, which are winners of global competitions such as a StartersHub XO initiative, Slush and are included in the launch programs of Startup Chile and SterstershubXO.