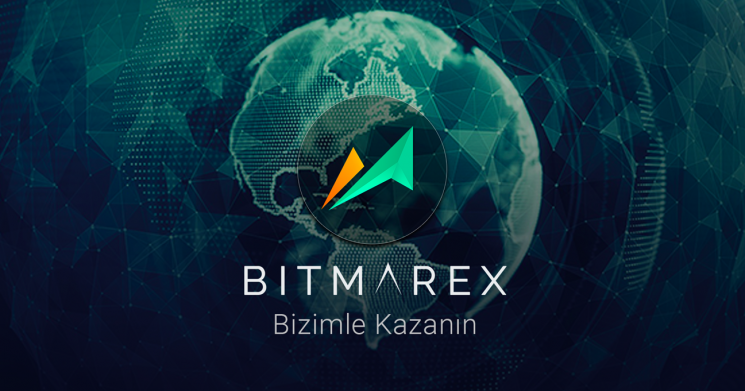 The number of crypto money traded in the crypto money markets, which has a volume of $ 200 billion worldwide, exceeded 2,700. In many countries, legislation regarding expected developments, the monthly volume of domestic crypto-currency platform established in Turkey has reached $ 360 million. This volume is expected to increase with the new actors, which become operational as a crypto money platform.

ISTANBUL (TR) - Crypto currencies, which have made a name for themselves in the second quarter of 2017, are becoming an alternative investment tool even though they do not achieve the expected prevalence in daily transactions. Coinmarketcap examining the data, Turkey's international crypto currency trading platform Bitmarex, traded more than 14 thousand and the number of money crypto crypto-currency platform which has a volume of 200 billion dollars worldwide, has announced that exceeded 2,700. Bitcoin has the highest share in 54% compared to the previous year. Bitcoin is followed by Ethereum with 11%, Bitcoin Cash with 4% and Litecoin with 1.5%.

Monthly trading volume of domestic crypto-currency platform established in Turkey for $ 360 million (2 billion pounds) exceeded. The fifth most traded currency in Turkey crypto Bitcoin respectively, Ethereum, Ripple, Litecon and was Tether. As of October, the new crypto-money trading platform Bitmarex is now available in 6 different crypto currencies, including Bitcoin, Ripple, Ethereum, DigiByte, Bitcoin Cash and Tether. This feature of the platform which allows the exchange of these crypto coins as well as the dollar and the TL, among them, is the most prominent feature of the platform.

"Transaction security is the most fundamental issue"

Bitmapx Co-Founder Partner Bünyamin Yavaş said, stated that they offer the most advanced technological infrastructure in the active crypto-money exchanges, ucu The biggest problem of crypto money exchanges is that the delays and orders due to increasing number of users and transactions are not realized. Our infrastructure, which is prepared with microstructure architecture, is using the infrastructure of the world's most reliable cloud services platform, Amazon. The number of services at the times when the transactions are intense, prevents the bottleneck occurring by increasing automatically according to the density algorithm of the related service. Our goal is to enable our users to manage their investments safely.

Bitmarex, which offers exchange opportunities with cross currency parity between Turkish Lira and coins, aims to increase the number of users to 100 thousand by the second quarter of 2019 with stop-limit, instant graphics, multi-language support and user-friendly interface.