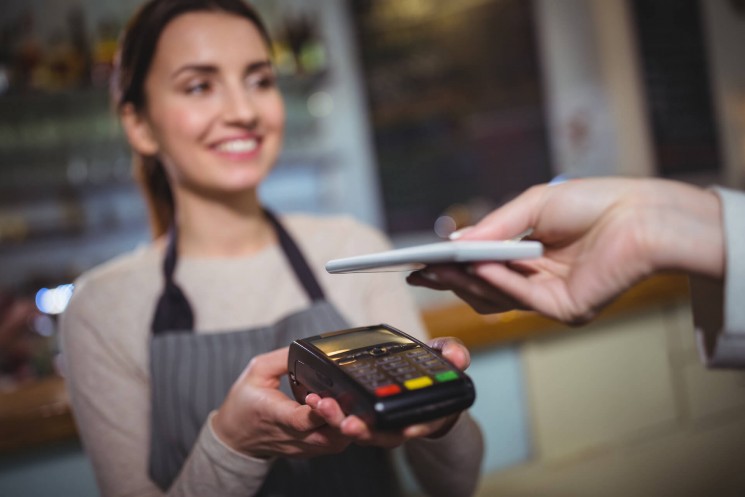 Last year, 7 billion transactions were carried out in Turkey, exceeding a total volume of 1.5 trillion TL, including 213 million contactless payments with bank and credit cards. While physical cards are getting digitalized rapidly, the mobile contactless payment technology developed by Provision allows credit cards to be identified to mobile phones and pay in less than a second by bringing the phone closer to the POS device.

ISTANBUL (TR) - Mobile contactless payment methods are growing rapidly with the expansion of mobile phones supporting NFC technology. According to the Statista data, mobile payment options, which have grown 4 times in the last 3 years, reached up to 50% in Asia-Pacific countries. Located between the world's leading countries with advanced banking sector is developing rapidly in contactless payment infrastructure in Turkey. With the mobile contactless payment technology developed by Provision, which provides software solutions for payment systems for 15 years, credit cards are defined to mobile phones and users are provided with a safe ’mobile contactless payment yönelik experience. The technology allows users to get their phone calls closer to the POS device and complete their purchases with a contactless payment. This technology, which was previously used by ING Bank and Denizbank, was put into use by Vakıfbank in April 2019 for approximately 15 million retail customers. This product, developed by Provision, is also used by many domestic and foreign banks through MPTS (Mastercard Payment Transaction Services).

Theft or loss of credit cards is a date with a mobile contactless payment!

Mobile contactless payment card holders for fast, safe and practical technology to offer that specifies Provision CEO Nihat Karaba, "producing domestic technology solutions for the development of innovative payment methods in Turkey, we continues apace. With MasterCard Global at the beginning of 2019 in Turkey by signing a policy we spent softpos application that converts directly to POS terminals Android-based mobile devices to life. On the other hand, we continue to convert all mobile phones with NFC technology to an electronic wallet where bank and credit cards can be identified. Along with the technology we develop, we allow loyalty cards to be managed from the phone as well as credit and debit cards. Credit card stolen or lost risks such as mobile contactless payment is going on with the date. Gibi

According to the Provision, which analyzes the Interbank Card Center (BKM) data, the total amount of 7 billion transactions in 2018 from credit and debit cards reached TL 1 billion 579 million. According to the number of credit cards of 66 million, 2.2 cards per person in Turkey. In 2018, the number of transactions of credit cards used abroad was 95 million and the number of transactions of bank cards exceeded 27 million. While the number of contactless transactions was 45 million in 2016, it increased by 96% in 2017 to 88 million units. At the end of 2018, it reached 213 million units, an increase of 2.5 times compared to the previous year. As of March 2018, the unencrypted transaction limit on the contactless cards, which reached 90 TL, made life easier for the users.