ALL
GENERAL
ECONOMY
ARTS-CULTURE
TECHNOLOGY
HEALTH/SPORTS
The Aegean's Wind Of Taste Has Turned Its Route Into Eastern Provinces! 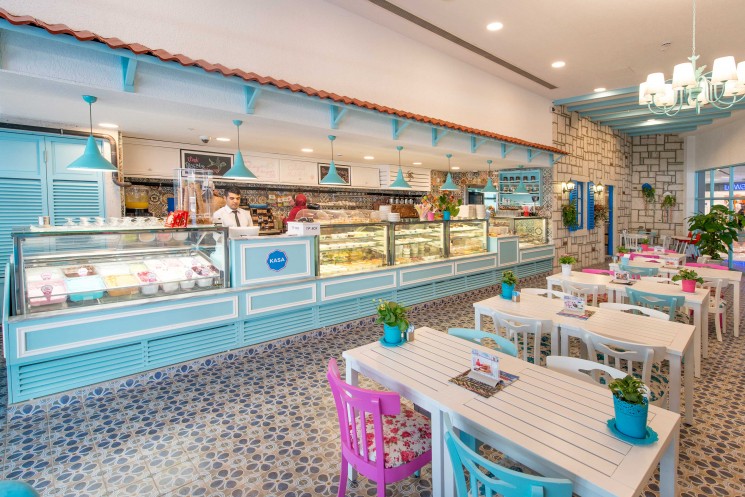 Alaçatı Muhallebicisi, which grew by 35% last year and reached 80 branches, targets a turnover of 30 million dollars with 12 new restaurant investments in the East and Southeast Anatolia Region in the second half of 2019.

ISTANBUL (TR) - Alacati Muhallebicisi, which draws attention with its unique architecture and Aegean specialties, plans to continue its growth rate of 35% in 2018 this year. In addition to the 80 branches in 26 provinces, Bülent Sarı stated that they have accelerated their activities with investors in the Eastern and Southeastern Anatolia regions and stated that they aim to open 12 new restaurants until the end of the year after Batman, Gaziantep, Van and Elazığ in the second half of 2019.

Our choice of milky dessert is gummy custard and rice pudding!

Alaçatı Muhallebicisi Chairman of the Board Bülent Sarı stated that the demand for milk is increasing every year and added, Ala In the first quarter of 2019, the sales of milk dessert increased by 27% compared to the previous year. Our most preferred desserts were the rice pudding with gummy custard and buffalo milk. 40% of our sales are milk sweet and ice cream. This success, as in the Aegean completely natural, made with real ice cream and dairy desserts of fresh fruit to every corner of Turkey believe that the biggest impact of our transportation, "he said.

It will grow by giving franchise in 10 provinces. The first target of 120 branches in Turkey!

Alaçatı Muhallebicisi, which reached a turnover of 25 million dollars in 2018, offers the tastes of the Aegean region to the taste with its restaurant not only sweet but also the breakfast concept. Bülent Sarı stated that they are trying to create places where people can find peace in crowded cities. ’We are planning to open 12 restaurants in the first stage by giving franchise in 10 provinces including Diyarbakır, Kayseri and Malatya. Those who want to have a franchise; training, decoration, opening, advertising and product supply we provide support. The main requirement is that the branch is at least 200m2 in shopping malls or on the main street. We have a plan to reach 120 branches in the next three years. In addition to domestic growth, we also conduct investment research abroad. In this context, our market research for Germany, Azerbaijan and the Netherlands continues pazar.