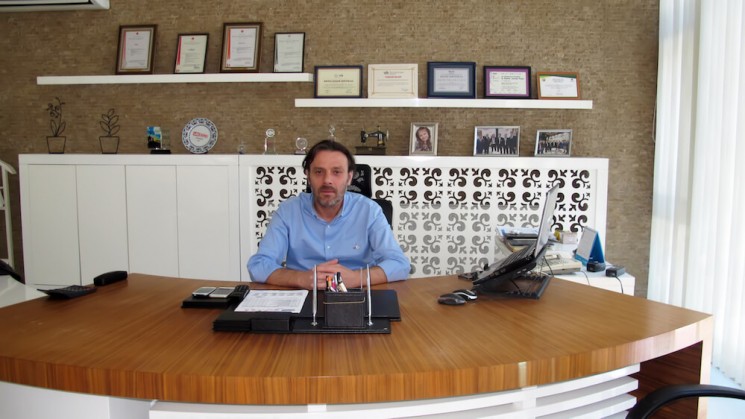 The Covid-19 pandemic has caused economic fluctuations in many sectors, while underwear was one of the sectors that were least affected by this process. Compared to the first quarter of last year, underwear exports grew by 2% this year despite the virus. The new target markets of the sector are Russia and Ukraine after Germany.

ISTANBUL (TR) - The coronavirus pandemic that the whole world is struggling has negatively affected many sectors due to the economic uncertainties it brings with it. While shrinkage occurred in some sectors, the underwear sector survived the pandemic with minimal damage. According to Turkish underwear company Moonlight Underwear, which made the statement based on the data of Turkish Statistical Institute, Turkey's knitted underwear exports increased by 1.5% in the first quarter of the year compared to the same period of 2019, reaching 4.3 billion TL. Germany was the country with the highest export of underwear. Exports to Germany in the first quarter of 2020 increased by 11.3% compared to the first quarter of last year, exceeding 1 billion TL. Thus, Germany's share in Turkey's exports underwear reached 24%. Russia and Ukraine drew attention with their increasing export volumes. The current table is expected to turn the underwear route north.

According to the data analyzed by Moonlight Underwear, underwear exports to Ukraine reached 34 million TL in the first quarter of the year with an increase of 24.7% compared to the same period of the previous year. Exports to Russia reached 65 million TL with an increase of 15.2%. Thus, the share of Russia in total underwear exports to Turkey increased by 15%. Muhammet Çungur, Chairman of the Board of Moonlight Underwear, who evaluated the acceleration in Russia and Ukraine said, “The underwear sector in Turkey is increasing its potential in terms of both labour and export volume every day. The sector's total exports, which were 15.4 billion TL in 2019, reached 4.3 billion TL in the first quarter of 2020 despite the virus. The export share of Russia and Ukraine, which have a steady growth trend in this process, signals that we will come to much better places with new target markets. Our prediction as Moonlight is that this momentum will continue in the new normal period, and we will head to the northern countries in underwear.”

R&D studies ready for after a pandemic period

Stating that the underwear industry made a significant contribution to the country's economy in the difficult pandemic process and completed the preparations for sustainability, Muhammet Çungur said, “The underwear sector was one of the few sectors that did not interrupt exports and recorded growth despite the economic fluctuations that left many sectors in the pandemic process. However, the important thing is to maintain this in the new normal and subsequent processes, where economic uncertainties do not disappear completely. As Ayışığı Textile, we have started our R&D and production planning studies for the pandemic period and completed our preparations, starting from this point of view to our Moonlight Underwear brand. Our target is to continue increasing our exports to European countries, Russia and Ukraine”