What is a press release distribution service?

Simply put, a press release distribution service is a service that distributes press releases about its clients’ brands (along with their respective products and services) to specific target audiences and the public in general. Public relations agencies, both traditional and new-generation, disseminate these press releases to journalists, editors and news agencies, in addition to a range of online and print media outlets.

When sending out these press releases, a distribution service must first select those journalists and editors popularly perceived as ‘influencers’. In this regard, the distribution of a press release, and the choice of whom they should be distributed to, is no less important than its content or how well it is written.

Points to consider when selecting a PR agency

One of the biggest challenges faced by companies seeking to advertise and promote their brand is choosing the right PR agency in light of their particular budget and circumstances. First off, companies must bear in mind how long a prospective PR agency has been active in the sector; the overall experience of its staff; the companies it has worked with before; and what previous clients have had to say about it.

Therefore, when considering a PR agency (or press release distribution agency), be sure to review a number of its past press releases, along with recent feedback report samples. Also, check to see whether its press releases are concise and well-written and whether the agency frequently posts new press releases on its corporate website.

Although the Oxford English Dictionary does not provide a definition of ‘opinion leader’ the phrase, which has recently entered the popular lexicon, refers to a person who can explain a novel social, cultural or technological trend to the masses – and thus influence and direct the latter via his or her explanation. It is as much a psychological term as it is a cultural one.

Within the scope of public relations and advertising, the role of the opinion leader is typically played by journalists, editors, news directors or columnists, especially those who enjoy a particularly wide readership. For businesses seeking to raise their media profile, this is where the importance of having a good press release distribution service comes in.

The more journalists and news outlets the service distributes its press releases to, the more people will see – and hopefully read – the message. In this regard, the primary objective is to expand the overall coverage zone of a press release, thus ensuring it is seen by as many potential consumers as possible.

Turkey is a case in point. In that country, more than 30K journalists segment their data, regularly publishing press releases sent out by businesses and PR agencies. These, in turn, can reach as many as 60 news agencies all over the world, thus reaching 300K journalists and editors in more than 100 cities.

Reporting: The key to assessing feedback

Imagine the following scenario: your press release has been written by an experienced editing team and distributed to a far-ranging media list. Your target audiences, meanwhile, have been carefully selected based on crucial demographic factors. At this stage, reporting is the only means of assessing the impact of your press release and what your business has gained by distributing it to news outlets.

No less important than writing and distribution,the reporting process must be carried out on a daily, weekly and monthly basis to ensure the most effective possible outcome. In this regard, daily reports are very helpful in determining which media outlets published your press release. If necessary, extra posts can be prepared to encourage additional feedback, thus providing supplementary information for your overall data-set.

Weekly reports, meanwhile, can determine whether there has been any feedback in weekly newspaper supplements, or in other publications that are generally printed on a weekly basis. Finally, but no less importantly, there are monthly reports. These should provide detailed information as to precisely how much coverage a press release managed to garner in newspapers, newsletters and magazines printed on a monthly basis.

With the use of such detailed reports, companies can see exactly which news outlets carried the press release, whether in print or online. These frequent reports can also provide a general idea as to how many people read the press release, along with other valuable demographic information.

Such reports can provide the clients of PR agencies with an accurate and data-based means of determining the impact of a press release once it has been sent out to the media. 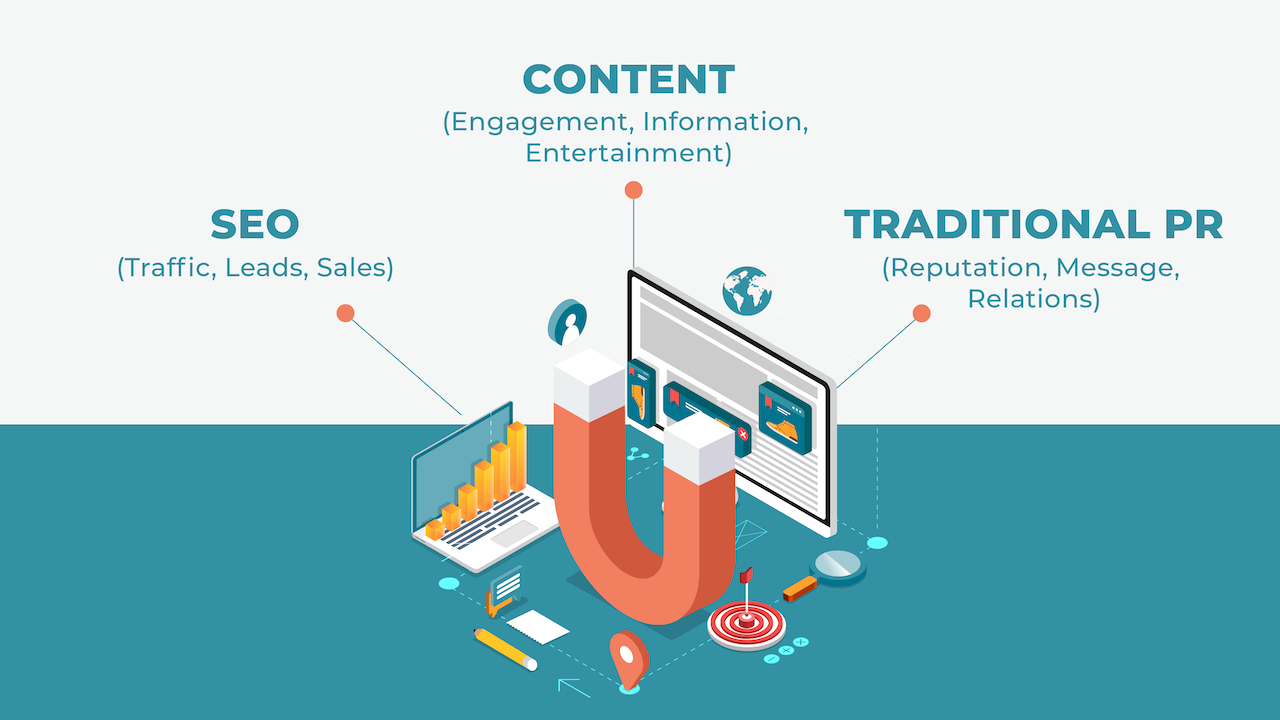 How to get a press release published?

Visibility in the media plays a massive role in creating awareness about individuals, institutions, small businesses or large enterprises. The most effective way to create value in this process and establish high quality communication with the target audience is to get your press release published.

Effective Tips to Get a Press Release Published

Publication of a press release aims at creating image and trust in the public, increasing awareness and visibility, and getting media coverage. In order to reach this goal and achieve a high chance of being published, first of all the press release must be newsworthy. This means the content should be relevant, rare, recently happened, happening or will happen. It should adapt to the 5W1H rule meaning that it should answer the questions who, what, where, when, why and how. Subject line must be informative and attract the attention of the readers. Even if the press release is in the news format, the content perceived as advertising is not preferred by the media companies and it does not arouse any interest in the readers.

Correct usage of spelling, grammar and style, being as simple as possible is what journalists and editors want to see when they receive an email. It is always a good idea to have good relationships with media contacts and have their phone numbers and email addresses. The content should be optimized with search engines (SEO) to increase visibility. The messages contained in the press release should not be in conflict with publishing policies, they should be socially sensitive and politically neutral. Choosing and determining the most suitable channel for the press release is as important as the content itself.

4 Basic Steps of Getting a Press Release Published with B2Press

What is the ideal frequency of sending press releases?

The frequency with which press releases are sent out to the media is a key factor to consider when communicating with editors, journalists, and media outlets. But exactly how often should press releases be sent? And when is the most effective time to distribute them?

Companies, NGOs, and brands (along with their various products and services) have to achieve high media profiles in order to reach their target audiences and raise public awareness about their activities. Editors and journalists, for their part, are the ones who can provide the desired media exposure. Therefore, with a view to maintaining effective communication with editors and journalists when distributing press releases, it is essential to pay special attention to a handful of significant factors. One of these factors is the frequency with which press releases are sent out to media personnel. Again, the question must be asked: just how often should companies and other organizations send out their press releases? Read on for the answer to this question and more.

Whether you are running a small or medium-sized enterprise (SME), a business start-up, a multinational corporation, or an NGO, building strong relationships and maintaining close working contact with the media – especially editors and journalists – will be crucial to getting your message across. When communicating with media personnel via press releases, knowing the precise frequency with which your releases should be distributed will always play a critical role. After all, annoying (or spamming) editors and journalists with unsolicited mail is a poor strategy. On the other hand, failing to maintain adequate contact with them to the point that they forget your brand should also be avoided at all costs. What’s more, in order to build the healthiest (and most mutually beneficial) relationship with the media, a good PR agency must maintain close relationships with editors and journalists, while also knowing their particular interests and working dynamics. 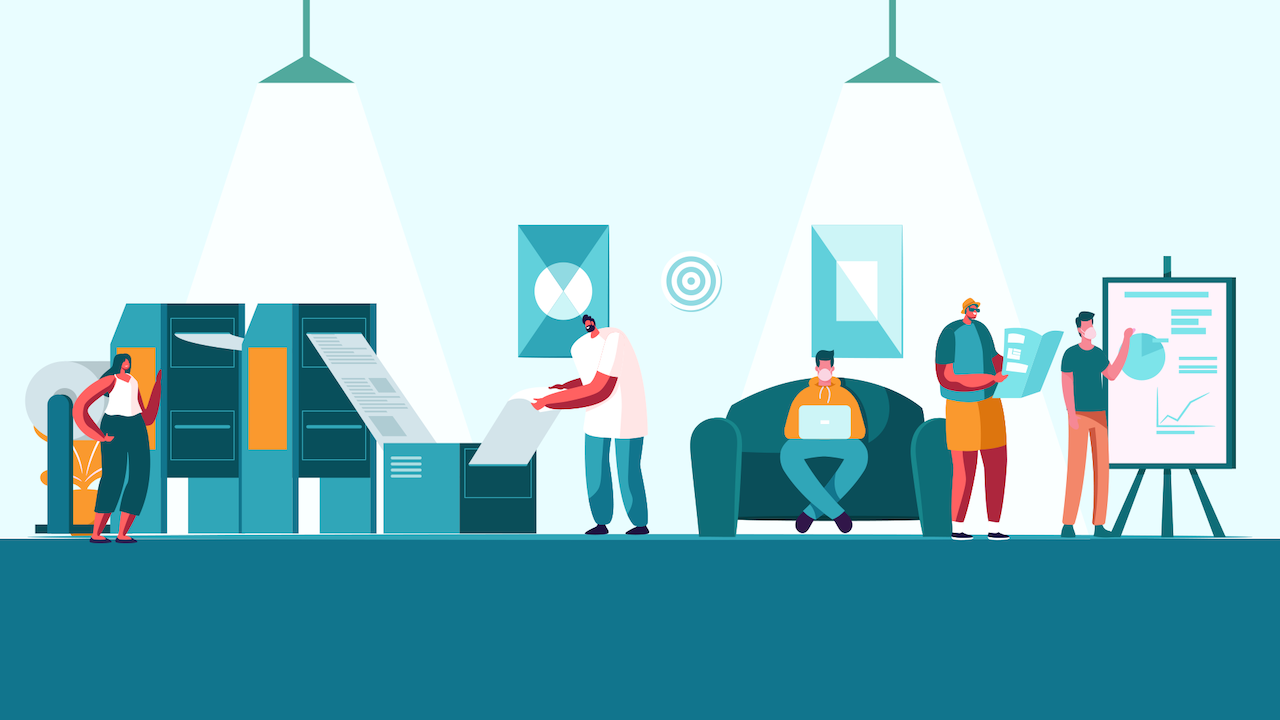 5 tips for determining the frequency of sending out press releases

Every day, editors and journalists receive and review hundreds of press releases of every conceivable kind. Due to their busy schedules, informing them about the same brand too frequently can serve to annoy them, and they can end up ignoring your subsequent press releases. In order to avoid such a scenario (which can permanently damage one’s relationship with the media), the timing and frequency of press release distribution – be it on a weekly, monthly, or annual basis – should be meticulously planned. Sending out newsworthy press releases to targeted media personnel on a regular (but not overly frequent) basis will be appreciated by editors and journalists, thus raising the chances of their being published.

For example, it is generally a much better strategy to send out press releases on similar topics on a weekly, rather than daily, basis. On the other hand, there may be times when the frequent distribution of press releases on related topics is needed, due either to a particular set of circumstances or the importance of the topics being covered.

Press releases should be constructed based on a certain set of rules and news values in order to attract the attention of editors and journalists, who are typically bombarded with hundreds of press releases each day. With this in mind, it is unnecessary – and ill-advised – to inform media personal about every minute development pertaining to a particular topic or brand, regardless of its newsworthiness, simply to maintain contact with editors and journalists. Therefore, in order to build healthy relationships with media personnel, press releases should always include timely and newsworthy information. They should not simply be distributed at every available opportunity.

4. Consider the timing, frequency of distribution

Press releases must be distributed at the most appropriate time in order to achieve optimal media coverage and reach the widest possible audience. In order to stay on editors’ and journalists’ good side, it’s also essential to stick to deadlines; a cardinal rule in the fast-paced world of journalism. For example, in the case of print media, press releases must be sent out well before a publication goes to press. The same is generally true for online news sites: press releases sent out in the morning are much likelier to be published on the same day.

5. Get guidance/support from PR professionals

Press releases are generally considered the most effective tools for conveying key messages to editors, journalists, and media organizations. However, they can also end up having a deleterious effect if they are not written in accordance with basic journalistic guidelines, or if mistakes are made in the distribution process. With a view to maintaining the best possible relationship with members of the media, press releases should be constructed based on appropriate news values and sent to targeted editors and journalists – at the most auspicious time and with the right frequency. Due to the large number of factors involved, it is highly advisable in this regard to obtain support and guidance from PR professionals. They can come up with the right communication strategies, optimize the reach and efficacy of press release distribution, and, ultimately, raise the media profile of their clients.

If you need help writing and distributing effective press releases, or if you’re looking to build sustainable relationships with the media, the experienced team at B2Press, Europe’s first online PR agency, can help you do so.

Advertorials: The New Marketing Tactic
Copyright © 2016 - 2021 Unusual Enterprise BV
B2Press
Sending...
B2Press
We use cookies to give you the best experience on our website. You can change your settings at any time. Otherwise, we’ll assume you’re OK to continue.
ContinueGet Information